He said the CEPC was part of the OBOR initiative as the Chinese have always aspired to be a middle kingdom with the whole world coming to pay obeisance to them. 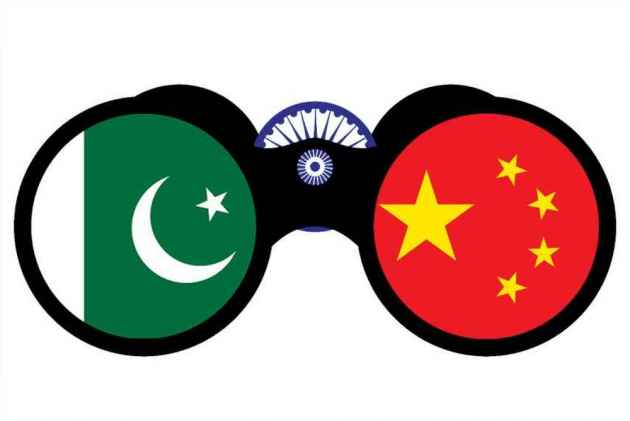 India's leading Economist and the Vice Chairman of NITI Aayog, Dr. Rajiv Kumar said China Pakistan Economic Corridor (CPEC) would turn Pakistan into a client state of China and the corridor will not benefit people of Pakistan economically. He said India shouldn't become the part of One Belt One Road (OBOR) initiative of the Chinese government.

Talking to reporters on the sidelines of a conference here, he said the CPEC is not an Indian issue or an Indian problem. “It is a highway designed by China for fulfilling its centuries-old ambition to give China the access to warm water ports of Arabian sea.  China has had no access to the Arabian sea and on the other side from South East side China has big bottlenecks, which can be blocked easily”, he said.

He said CPEC is an attempt, which has been made from Ming dynasty times (1368–1644). “China is the first continental power, which has succeeded in doing this. Congratulations to them. But at the same time, I have really got the big concern about Pakistan. This means Pakistan has decided to be a client state of China”, the NITI Aayog vice-chairman said.

The NITI Aayog (National Institution for Transforming India) is a replacement of the Planning Commission of India. The Prime Minister of India is Chairperson of the NITI Aayog.

Dr. Rajiv Kumar said Pakistani rulers have tied Pakistan to China in such a way and it will not bring any good for Pakistani people as Pakistanis by nature are neither close nor have any traditional relationship with China. “This (CPEC) is as always in Pakistan is a decision of small elite for their own benefit”, he said.

He, however, also said, the project could help Pakistan to get geo-strategic leverage against India with the United States shifting alliance. He said till 1980s Pakistan used the US alliance and support to counter India and they did it very successfully as they became members of Central Treaty Organization (CENTO) and other bodies. He said Islamabad leveraged its relationship with the USA to use it against India and now it is using China. He said the driving force behind the CPEC is also how to counter and be at par with India in geostrategic terms. “In that sense Pakistan’s strategy is successful", he said.

Dr. Kumar said the CPEC will not usher a massive economic activity on the other side of the border as is being propagated. “It will be a transit route for Chinese goods coming and going from the Arabian sea. Transit economy has grown only through wheeling charges. This hope  that there will be tremendous economic activity is an illusion”, he said.

He said the CEPC was part of the OBOR initiative as the Chinese have always aspired to be a middle kingdom with the whole world coming to pay obeisance to them. “Pakistanis have agreed to it and we are at best thinking about it and I hope we don’t have to do it”, he added.

The NITI Aayog vice-chairman said the OBOR or the CPEC will have no implications for India. “India is thankfully big enough. We have our own identity and status”, he added.