Chandigarh Gangrape: BJP MP Kirron Kher Says Victim Should Not Have Boarded Autorickshaw When She Saw Three Men Inside

The auto driver reportedly drove to the forest area of Sector 53 where the three accused committed the crime. 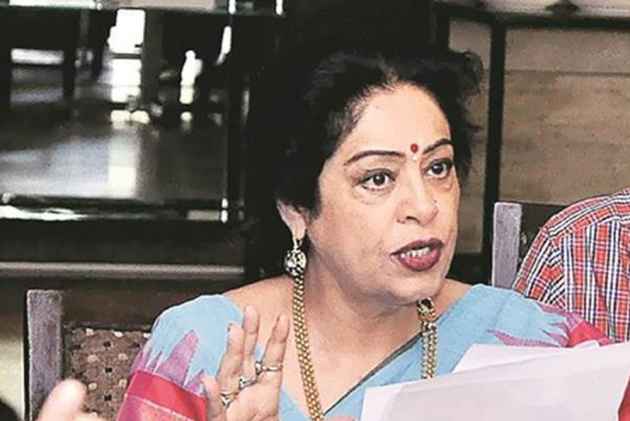 Days after a 22-year-old woman was allegedly gangraped by three people, including an auto-rickshaw driver, in Chandigarh, BJP MP Kirron Kher has said the victim should not have boarded the vehicle when she saw three men already sitting in it.

The woman, a student who has a private job and lives as a paying guest (PG) in Mohali, had hired an auto-rickshaw to travel to her residence from Sector 37 where she had gone to attend steno classes.  The accused, including the driver, were sitting in the vehicle.

The auto driver reportedly drove to the forest area of Sector 53 where the three accused committed the crime. They left her there and fled from the spot. Two persons, who were crossing by the spot, spotted the woman crying and informed the police.

“Molestation has emerged as the most reported crime against women in Chandigarh this year. Of the 90 cases of sexual harassment against women registered since January this year, 50 were against molestation,” reported Hindustan Times. This is followed by 31 complaints against rape.

Kher said young girls and women should be cautious if they notice some men already sitting in an auto rickshaw in a suspicious manner, like the main accused's two accomplices in the latest incident, reported PTI.

When asked about sexual harassment in the form of cat calls and remarks, known popularly as eve-teasing, in Chandigarh, she replied: "Look, eve-teasing was here before as well. If you would have studied in colleges and universities here or for that matter anywhere else in the country, there are many boys who blow whistles and pass remarks. I don't agree with you when you say that eve teasing has increased here (in Chandigarh)," she said.

Kher said that sexual harassment was always there in north India.

"If you talk of cities like Mumbai and the southern part of the country or even Bengal, eve teasing incidents over there are very rare. But this has been a problem in north India including in states like Delhi, Punjab, Haryana, Uttar Pradesh and Bihar..Eve teasing was always there, I remember being teased at my time, so what are you saying," she said.

The BJP MP, who was addressing reporters at a "meet-the-press" programme, was also asked on when could people expect Rs 15 lakh to be deposited in their bank accounts.

Kher said she felt people voted for Narendra Modi in the Lok Sabha polls because of his proven track record as Gujarat chief minister, and not because Rs 15 lakh would be deposited in their accounts.

"He (Modi at the time of 2014 LS poll campaign) said if the black money stashed abroad comes into the country, then every person will get so much (Rs 15 lakh). But he never said that he was going to give this in writing on a stamp paper... But what he has given to the country is far more than Rs 15 lakh.

"He has given a clean, transparent and graft-free government and you are still sitting over that Rs 15 lakh thing," Kher said.