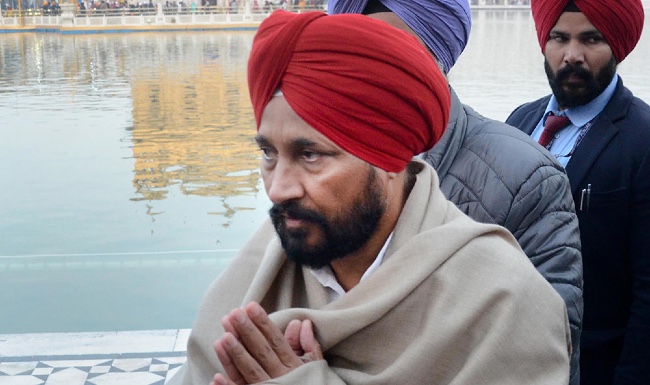 The chief minister said the martyrdom of tenth Sikh Guru Gobind Singh's younger sons and Mata Gujri, Guru Teg Bahadur's wife, is unparalleled in the history of mankind, according to an official statement.

He said he came here to pay homage to the great martyrs. The elder sons of Guru Sahib were martyred at the Sri Chamkaur Sahib and younger ones at Fatehgarh Sahib, Channi said, explaining the reason for the connection between the two places. He said the state government has decided to link both these places as a mark of respect to the martyrs.

The Hoshiarpur main road till Sri Chamkaur Sahib beyond the GT Road, Sirhind, would be interconnected and the circuit has been named as Mata Gujri Ji Marg, the statement said. Besides, a letter has been written to Prime Minister Narendra Modi to accord it the status of national highway, Channi said.

He also met and interacted with a 'sangat' gathered from different parts of the state. Channi also paid obeisance at Darbar Bapu Lal Badshah in Nakodar. He also announced grants of Rs 11 lakh each for the both religious places, said the statement.