According to Sunil Jakhar, the former Punjab Congress chief, the ongoing internal conflict is definitely not helping the Congress party rather it is helping the opposition parties. 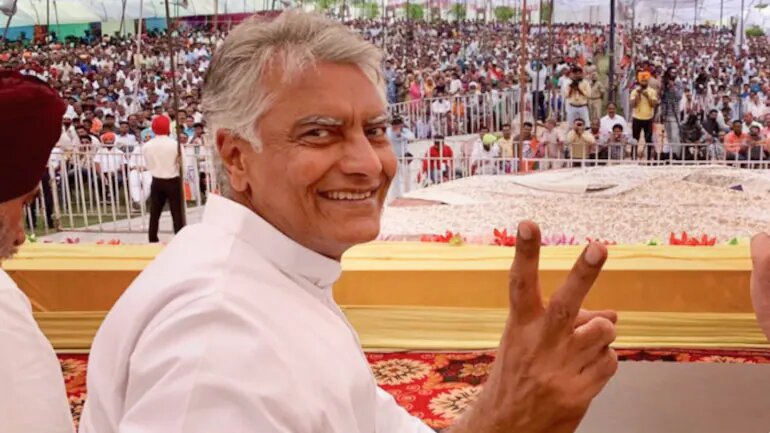 Former President of Punjab Pradesh Congress Committee (PPCC) Sunil Jakhar spoke to Outlook on the ongoing power struggle in the party, the row involving Jagdish Tytler and why he thinks the party should set its house in order to win the Assembly elections, scheduled for early next year.

Early this week, Navjot Singh Sidhu said that he will withdraw his resignation as chief of the Congress' Punjab unit on condition that Chief Minister Charanjit Channi should accept APS Deol's resignation. Do you think that the turmoil in Punjab Congress is far from over?

I feel that no establishment or even a family unit is free from power tussles. It is better to have these issues sorted out in the house rather than washing the dirty linen in public. If the two leaders have any problems, they should resolve it within the house. Both Sidhu and Channi should put an end to their feud as soon as possible. It is already very late.

From resigning as Congress chief on twitter to withdrawing his resignation, Sidhu ‘s actions have been quite unpredictable. Your comments.

There’s a saying in the stock market that the only certain thing about the stock market is uncertainty. It can be applied to Sidhu also. He is predictably unpredictable. And he is quite popular too. By now, everybody has understood him.

Till a few months back, it seemed that Congress was set to return to power in Punjab. Now with the crisis looming over, how do you see it playing out in the elections?

The internal strife is definitely not helping the Congress. On the other hand, it is helping the opposition parties. We are playing right into their hands. There are three parties on the other side and the fourth one is in the making. I think the public spats are damaging the party.

However, we still have a good prospect of winning as the government has done good work. I think we should concentrate on the government’s achievements. People of Punjab would like to discuss issues which concern them and not political aspirations of leaders or desperate moves of a SAD party.

Shiromani Akali Dal (SAD) is planning to move a resolution in the assembly session on November 8 demanding Jagdish Tytler’s arrest after Congress appointing him as a permanent invitee to the Delhi Pradesh Congress Committee..

The 1984 incidents are the saddest and darkest not only for the Congress but for the entire country. Congress hasn’t run away from it and we have acknowledged the mistake. Former PM Manmohan Singh has apologized to the nation. Rahul Gandhi also did ‘sewa by washing utensils at the Golden temple. People in Punjab are large hearted so they forgave us and have moved on. With elections in mind, Akalis want to incite people by raking up old issues.

Q) You also tweeted that Tytler’s appointment was an unwarranted move by the Congress .

Yes. I feel that the appointment was totally avoidable. There was no need to give opposition parties a handle. This will unnecessarily rake up issues which are long forgotten by people.

You have raised objections against the Punjab government for not paying respect to Mrs Indira Gandhi on her death anniversary.

It wasn’t an inadvertent omission or oversight by the Punjab Congress or the government. It was a deliberate attempt to appease certain fundamental elements in the society. This was done by people who head the government and the Congress party. Both Channi and Sidhu are recent imports for the party. They are not ‘organic’ party men. Now that they are in the mainstream and happened to be entrusted by the Congress High Command, the least they can do is to apologize for their mistake.

The Chief Minister cannot shy away from party legacy because he doesn’t want to antagonize voters. If you shy away from acknowledging Mrs. Gandhi, then you have no reason to head a party or a government. Her legacy is not something which they can use for political purposes. If you are a part and parcel of the party, then you acknowledge and make amends.

A section of party leaders are unhappy that Sidhu and Channi were given positions though they are relatively new entrants in the party.

Precisely that is the reason behind the CM and the state party chief not paying respect to Mrs Indira Gandhi on October 31st. They feel that they can shy away from the legacy of Mrs Gandhi. This is not acceptable. We are not ashamed of Mrs. Gandhi and we are proud of her.

Channi became the CM only yesterday. Having joined Congress seven or eight years ago, he is embarrassed to be associated with Mrs Indira Gandhi. We have owned up to our mistake. What is he running away from? Is he ashamed of being in Congress? Let him explain it.

You haven’t spared any criticism for the state leaders or High Command.  Will you continue in the party?

I belong to the Congress camp. I am the biggest admirer of former CM Captain Amrinder Singh. However, even while working together, I had problems with his political thinking. Now he is being led on a wrong path by his coterie. I don’t consider the other two leaders (Sidhu and Channi) to be heading any camps worth following. I challenged Mr Harish Rawat when he said that Sidhu will be the face of the election, even before Channi took oath. I asked him how he undermined Rahul Gandhi’s choice of Channi as the CM? Later on, I took on Sidhu when he objected to the appointment of DGP or LG. I told him that it is the prerogative of the CM and that he cannot undermine the CM's authority by putting restrictions on him. Now Channi has stepped out of line, I have challenged Channi. They would be saying that I am saying all this out of spite. But no Congress man can say that he is ashamed of association with Mrs Gandhi. In that case, he should step away. Captain resigned from Congress when 1984 happened. Still, he paid respect to Indira Gandhi on her death anniversary last year.

Is Channi going to the CM face for the elections?

He is the Chief Minister. If I say something, it will create problems. Now both Sidhu and Channi are fighting for the Chief Minister post only. The fight is not about the AG or DGP, it’s about who will be the next CM of Punjab. People understand it well.

There are rumours that some Congress leaders may switch over to Captain Amarinder Singh’s new party. Did you get any feelers from Captain?

I don't subscribe to this view. I said it from the very beginning that captain Saab is being led by his coterie on a wrong path.  It’s not doing any good to him. He should be wary of the people who are leading him in the wrong direction.

Captain knows me in and out. He wouldn’t insult me by proposing such things. I may have differences with Congress. Everybody has differences.

From corruption, drugs, mining mafia and sacrilege, there have been a host of issues flagged by many MLAs. Do you think the party needs to address these concerns?

There are so many other issues too. The sacrilege issue is a sentimental one and the Akalis are accused of doing it. Instead of talking about it, Akalis are digging up 1984. They should try to explain their position on the sacrilege issue. We also need to discuss livelihood issues, and the farmers who are sitting on the borders of Delhi. We cannot harp on one issue and leave everything aside. The government has taken many significant policy decisions and it would be better if the leaders concentrated on these issues rather than working for their own ambitions or fighting in public.

Is AAP posing any challenge to Congress in Punjab?

AAP is a headless party at the moment. Arvind Kejriwal, who is a national co- ordinator does not acknowledge unit chief Bhagwant Mann as the CM face. AAP should put an advertisement in OLX website that they need a Chief Minister candidate for Punjab.