Chidambaram said that the governments he was a part of in the past had never used Section 7 of the RBI Act of 1934, under which a direct order can be issued by the government to the central bank to carry out its wishes in "public interest". 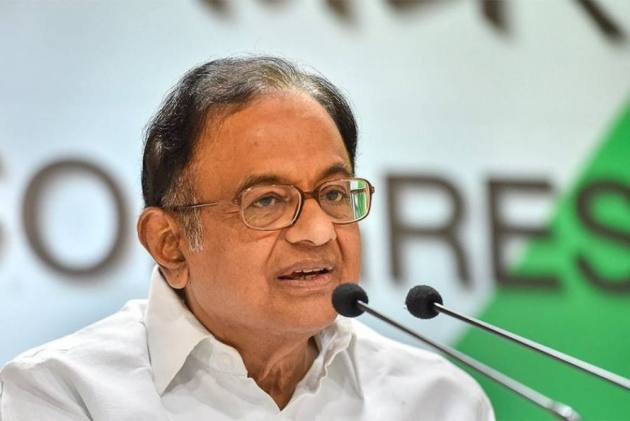 Bitterly criticising the government for citing a never-used clause of the RBI Act, senoir Congress leader and former Union Finance minister P Chidambaram on Wednesday alleged that the Central government is "desperate" and is "hiding facts" about the economy.

Chidambaram said that the governments he was a part of in the past had never used Section 7 of the Reserve Bank of India Act of 1934, under which a direct order can be issued by the government to the central bank to carry out its wishes in "public interest".

"If, as reported, Government has invoked Section 7 of the RBI Act and issued unprecedented 'directions' to the RBI, I am afraid there will be more bad news today". said Chidambaram.

This may have been a subtle hint by the Congress leader about the speculations that the RBI Governor Urjit Patel may choose to resign if a specific direction is issued to the central bank under Section 7.

This comes after Finance Minister Arun Jaitley criticised the RBI on Tuesday over the NPA crisis amid reports of tension between the government and the central bank.

Jaitley criticised RBI for failing to check indiscriminate lending during 2008 and 2014 that has led to the present bad loan or NPA crisis in the banking industry.

The government has sent at least three letters on different issues under Section 7 (1) of the Reserve Bank of India Act that gives it powers to issue any direction to the central bank governor on matters of public interest.

Sources, however, insisted that the government has not taken any action of issuing any specific direction and has only initiated consultations with the central bank on unresolved issues.

The Finance Ministry and the RBI are said to have differed on the central bank's handling of weak public sector banks, tight liquidity in the market and ways of resolving bad loans in the power sector.

Sources said the Finance Ministry wrote three separate letters in the past few weeks to the RBI on issues ranging from Prompt Corrective Action (PCA) framework to liquidity management and sought consultation under Section 7 of the RBI Act.

The government wants the RBI to carve out exemption for power companies under the PCA framework that outlines triggers for declaring a loan account as stressed or NPA, sources said adding the second letter pertained to use of RBI's capital reserves for providing liquidity to the market and a third letter was for relaxing constraints on banks for loans to small and medium enterprises (SMEs).

What is Section 7 of the RBI Act?

Section 7 of the RBI Act empowers the government to issue directions to the central bank, after consultation with RBI Governor, on issues that it considers serious and of public interest.

This section has never been invoked before.

PTI quoted sources as saying Section 7 has two parts - consultation and then issuing a direction to RBI for taking some action in public interest.

Right now only consultations are on, which may or may not result in any direction being issued, sources said