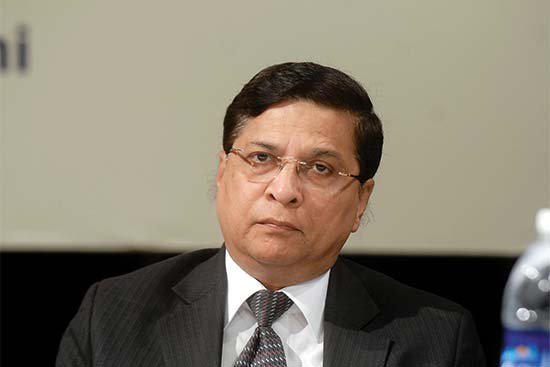 The Chief Justice of India, Dipak Misra, on Thursday held a meeting with four senior-most Supreme Court judges to resolve issues raised by them during a press conference on January 12.

The meeting between the CJI and four judges-- Justices J Chelameswar, Ranjan Gogoi, Madan B Lokur and Kurian Joseph -- lasted for around 10-15 minutes before the resumption of court proceedings at 10:30 am, court sources said.

They said that no other judge was present at the meeting.

Yesterday, the meeting could not take place as Justice Chelameswar was indisposed.

In an unprecedented presser on January 12, the four senior-most judges of the apex court had raised a litany of problems, including assigning of cases in the top court, and said there were certain issues afflicting the country's highest court.

All the dissenting judges were expected to hand over a proposal to the CJI  on Thursday, that deals with formalising a “rational, orderly and transparent system” to allocate cases to different benches of the Supreme Court, reported The Indian Express.

Efforts to resolve the unprecedented crisis that rocked the Supreme Court made no headway on Wednesday as Justice Chelameswar, one of the four dissenting judges, did not turn up at the court as he was reported to be unwell.

As the impasse over the crisis after the virtual revolt by the four judges against Chief Justice of India Dipak Misra last Friday continued, sources said Justice Chelameswar had a brief meeting with another dissenting judge Justice Ranjan Gogoi at his residence.

"Their meeting lasted for 15 minutes," the sources said.

The CJI briefly met the other three judges --Justices Ranjan Gogoi, M B Lokur and Kurian Jospeh in the judges lounge before starting the court proceedings.

Later, during the lunch break also, the CJI along with other judges had a chat with them but sources said not much progress has been made and the impasse continues.

"Crisis has not yet been resolved," sources close to one of the four judges said.

The four judges had in an unprecedented press conference on January 12 raised a litany of problems, including the assigning of cases in the apex court, and said there were certain issues afflicting the country's highest court.

A senior advocate said there was a need to resolve the crisis as several important PILs are likely to be heard from tomorrow before the constitution bench of the Supreme Court.