The suggestions received from people doing commendable job in different fields will be made part of the roadmap being prepared by the state government for the development of the state in the coming years, he said. 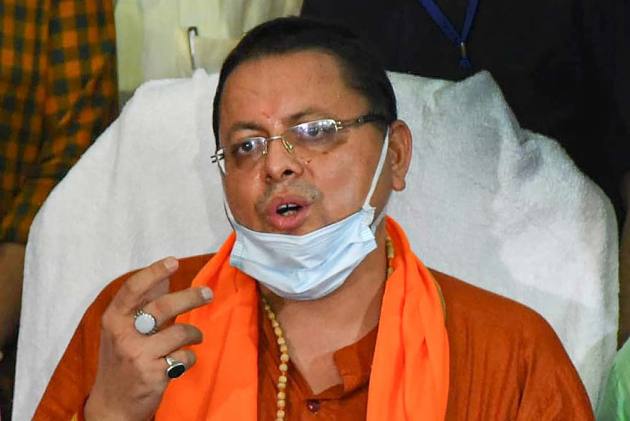 On Monday, Uttarakhand Chief Minister Pushkar Singh Dhami held a dialogue with people doing commendable work in different fields, and invited their suggestions for preparing a development roadmap for the state. A collective endeavour involving all sections of society alone can make Uttarakhand a leading state by 2025, he said.

The suggestions received from people doing commendable job in different fields will be made part of the roadmap being prepared by the state government for the development of the state in the coming years, he said.  People from different walks of life participated both physically and virtually in the interactive session titled 'Atmanirbhar Uttarakhand @25 Bodhisatva: Vichar Shrinkhala'.

Valuable suggestions that came up during the session included setting up waste collection centres as decorative handicrafts are made by people out of plastic waste in rural areas, increasing interest free loans to women self-help groups from Rs 5 lakh to Rs 10 lakh, creation of self-employment opportunities for women in their villages and reforming land laws to stop migration from the hills.

A participant who joined the dialogue online said famous schools of Uttarakhand should be asked to do something for the schools in rural areas and their students under "intellectual social responsibility" as companies do under corporate social responsibility.  It would encourage peer-to-peer learning and help raise the quality of education being imparted in remote hill areas of the state.

Noted enviromentalist Anil Joshi, who was recently awarded the Padmabhushan, praised the chief minister for the initiative, saying the communication gap between the government and people is a big hurdle in the path of sustainable development. "By organising an event like his, that gulf has been bridged," he said, adding that "collectiveness" has great strength.