The migrant workers from Gumla district were forced by a contractor to work for 18 hours a day and abused and beaten up on occasions for refusing to work long hours without proper food. 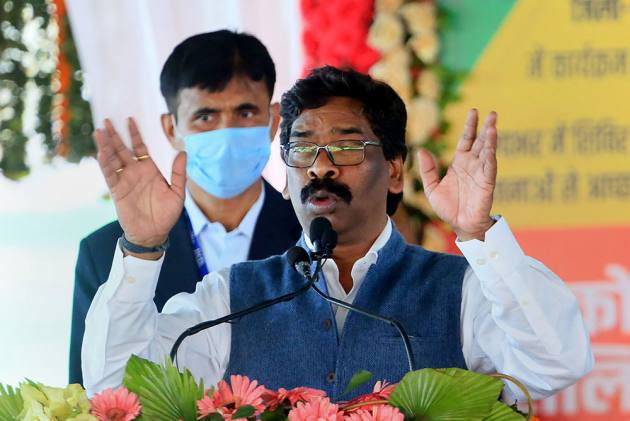 "After the intervention of Chief Minister Hemant Soren, five workers of Gumla who were held hostage in Karnataka's Hospet have been rescued. They were held captive for one and a half months after being promised better work opportunities,” a statement issued by the state government said.

The development comes close on the heels of the state government rescuing 16 migrant workers of Jharkhand who were allegedly held captive at an island in Andhra Pradesh for fish farming last month.On receiving information about the fate of the five labourers trapped in Hospet, the chief minister had on Monday directed officials to ensure the safe return of the migrant workers.

"On Friday, all the five workers were rescued from Karnataka and brought to Ranchi. On reaching Ranchi, they were sent to their native village with the help of the Gumla district administration after COVID-19 testing," the statement said.

The rescued workers include Prakash Mahto of Koyanjra village in Gumla, Sanju Mahto, a resident of Palkot, Sachin Gope, Rahul Gope and Mangra Khadia of Murkunda.

Narrating their ordeal, Prakash Mahto said, “We were forced to work for 18-19 hours. We were not given any money...Proper food was not provided to us and we were often beaten up and abused."

Another worker said they were engaged in fishing for over 10 hours a day and then forced to sort fish, according to their size. Extending gratitude to the state government for coming to their rescue, he said the labourers had lost all hopes of returning home.

Earlier, the Jharkhand government had rescued 32 migrant workers and their five children, residents of the Santhal Parganas region, from Kerala where they were forced to work at a tea garden under adverse conditions.

In another instance, tribal migrant workers and their children who were made to live like bonded labourers at a brick kiln in Uttar Pradesh were brought home by the state government.