He is also hoping that the anti-trafficking bill, which has been passed in the Lok Sabha, will be passed in the Rajya Sabha as well. 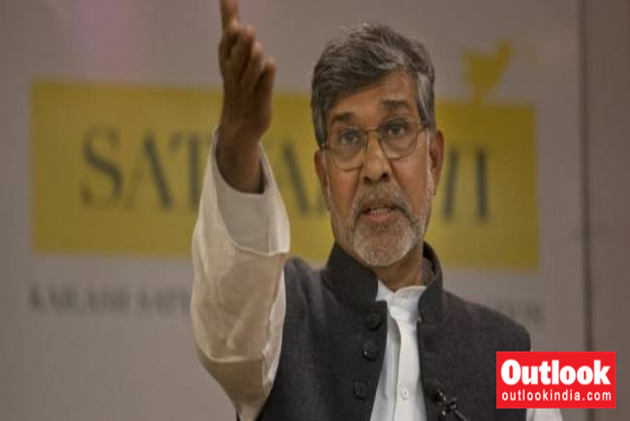 Nobel laureate Kailash Satyarthi voiced optimism that abolition of slavery and child labour is possible as he exhorted people, especially the world's youth, to become a "partner" in bringing about positive change in the lives of children forced into slavery and facing sexual abuse.

"There is a serious problem of child labour and slavery does exist in the world in its cruelest forms. But abolition of slavery and child labour is possible, it is in our reach, so there is hope," Satyarthi told PTI.

Satyarthi and his decades-long efforts to fight child labour, child sexual abuse and trafficking are the focus of the YouTube Original documentary ‘The Price of Free’, which will premiere on the media platform globally on November 27.

The film follows the Nobel Peace Prize Laureate and his team as they undertake secret and dangerous raids to rescue children forced into slavery and abuse as well as documents daring quests to find missing children.

The 90-minute YouTube Original feature length documentary premiered at the 2018 Sundance Film Festival, where it won the US Documentary Grand Jury Prize. It is directed by Derek Doneen and produced by Davis Guggenheim ('An Inconvenient Truth', 'He Named Me Malala').

Satyarthi said over the last 17 years, global efforts have led to a decline in number of child labourers from 260 million to 152 million. "It is possible to complete wipe it out. We are on the right track," he said, adding that the documentary will help in putting efforts to beat child slavery on a much faster track.

"People should become the partner to bring a change in the lives of all these children. My faith is in the young people. The youth should take charge. They should not look for leaders and heroes outside. There is a hero inside each of the children who are freed and who are still child labourers," he said.

On November 14, the film was shown to millions of young people in school and colleges throughout the world.

Satyarthi, however, stressed that most people don't know how deep rooted the problem of child labour and slavery is and the various complexities involved in the scourge.

"The most important thing is the consciousness about the problem. It is the first step towards sustainable change. We have to create a culture of more compassionate and responsible global citizenship," he said.

He said at a time when concerns about communities are shrinking around the world, individuals and nations have to learn how "we can feel responsible for each others’ problems. All problems are interconnected and so are the solutions."

He said the focus of the film is not just about India and the problem of child labour there but "this is a global issue."

Satyarthi has been calling for an international legally binding UN convention on child sexual abuse and pornography, voicing concern that online child pornography is now an eight billion dollar industry.

Describing child sexual abuse as a "moral epidemic", he had said that some countries have laws here and there but there is no control over online child pornography and a legally binding convention is lacking.

He is also hoping that the anti-trafficking bill, which has been passed in the Lok Sabha, will be passed in the Rajya Sabha as well.

"We are pushing that it is passed through the Rajya Sabha. That is very much on top of our agenda," he added.