China Pumps $109 Billion Into Economy Amid Trade War With US

The injection of cash into the economy will also boost hopes that the negative impact of higher US tariffs on Chinese exports can be eased. 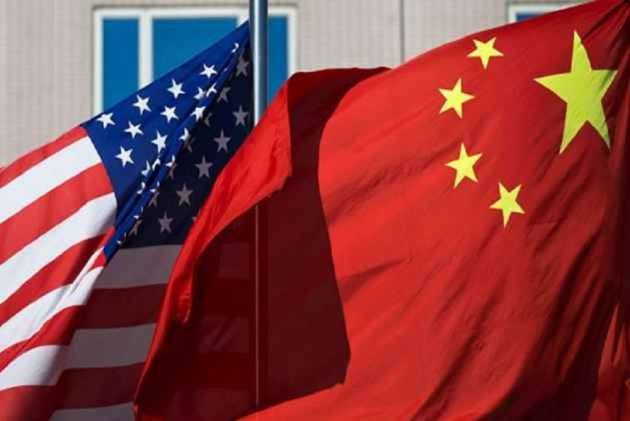 China's central bank will cut the reserve requirement ratios (RRR) by one per cent from October 15 which will inject a net USD 109.2 billion in cash into the banking system .

The announcement comes after Beijing pledged to speed up plans to invest billions of dollars in infrastructure projects as the economy shows signs of cooling furhter.

The reserve cut, the fourth by the People’s Bank of China (PBOC) this year, would intensify the ongoing trade war with the US.

The PBOC said on Sunday it will cut the RRR for RMB deposits by one percentage point starting from October 15. The cut will enable banks in China to release 1.2 trillion-yuan cash for additional lending.

Some of the liquidity unleashed will be used to pay back the 450 billion yuan (USD 65 billion) of the medium-term lending facility that will mature on October 15, state-run Xinhua news agency reported.

In addition, the liquidity of another 750 billion yuan (USD 110 billion) will be injected into the market for lending, according to the PBOC statement.

The announcement of the relaxing the RRR requirement for the banks, which are also saddled with the huge local government debt of USD 2.58 trillion comes amid deepening trade war with US and raising of the interest rates by US Federal Reserve, intensifying the pressure on capital outflows.

The huge cash outflow from the banks was expected to help the private businesses to access more credit as their products faced an uncertain prospect in the US, which is China’s second largest market after the European Union.

US President Donald Trump kicked off the trade war in June by slapping additional tariffs on billions of dollars Chinese exports, piling up pressure on China to reduce over USD 335 billion trade deficit in the USD 710.4 billion bilateral trade.

The US Federal Reserve move to increase the interest rates also sparked fears of more capital outflows from China.

The injection of cash into the economy will also boost hopes that the negative impact of higher US tariffs on Chinese exports can be eased.

The PBOC’s announcement comes at the end of weeklong national day holidays which ends on Sunday.

It also comes ahead of Monday’s visit here by US Secretary of State Mike Pompeo for the second of talks with Chinese leaders on trade and security issues.

The RRR cut will fill in the liquidity gap of banks and put no downward pressure on the yuan as the country's monetary policy is not eased, the PBOC statement.

There are sufficient conditions for the RMB exchange rate to remain basically stable at a reasonable and balanced level, it said.

"The PBOC will continue to take necessary measures to stabilize market expectations and keep the foreign exchange market running smoothly," it said.