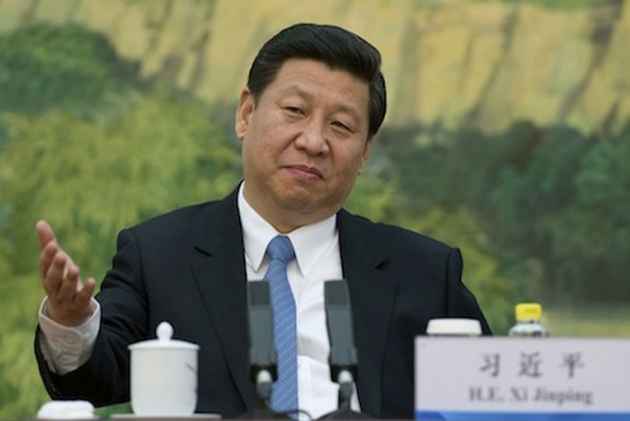 Xi Jinping on Wednesday secured a second five-year term as the head of the ruling Communist Party as it unveiled its new leadership with the Chinese president attaining iconic status enjoyed by modern China's founder Chairman Mao Zedong.

Xi, 64, was elected in a closed-door vote to head the Politburo Standing Committee while Prime Minister Li Keqiang retained his seat on the ruling council alongside five new members.

Xi and Li walked along with members of the new Politburo Standing Committee before a media event telecast live all over world from Beijing's massive Great Hall of the People.

Five other men replaced comrades who had reached an informal retirement age of 68.

Xi in a brief address, thanked the national and international media for working hard in reporting about the Congress.

He spoke about the China entering new era of modernisation.

"As I look ahead to the next five years, I see several important junctures and signposts," Xi said.

Stating that the coming five years between the 19th and the 20th Party Congress is the period in which the timeframes of the two Centenary goals will converge, Xi said, "Not only we must deliver the first centenary goal, we must also embark on the journey towards the second centenary goal."

"With decades of hard work, socialism with Chinese characteristics has entered a new era. In this new context, we must get a new look and, more importantly, make new accomplishments," he said.

Though the ruling Communist Party of China (CPC) is guided by the collective leadership principle, Xi who emerged as the post powerful leader with his ideological thoughts incorporated in the party constitution and declared earlier as "core leader" has acquired a higher status than other members of the Standing Committee and party, therefore expected to have his way on all policy matters.

Xi, who heads the party, presidency and the military has stamped his authority with massive anti-corruption campaign, the multi-billion dollar Belt and Road Initiative (BRI) to spread China’s influence in the world.

The once-in-five-years Congress of the CPC on its final day yesterday approved Xi's ideology to be written into its Constitution, which is in addition to the title of "core leader" conferred on him last year that analysts say enhances his leadership status above other leaders of the party.

Till now, only the thoughts of Mao and his successor Deng Xiaoping were enshrined in the Constitution of the world's longest ruling Communist Party, interpreting the complex doctrine of Marxism with Chinese characteristics.

The thoughts of Deng, China's reformist leader, were added posthumously.

The thoughts of two of Xi's predecessors, Jiang Zemin and Hu Jintao, were mentioned in the Constitution but not their names. This makes Xi only the third leader to have his thoughts on governance enshrined, which will now be part of school textbooks all over China.