Mao and Deng are the only other Chinese leaders whose names and thoughts are included in the party Constitution. 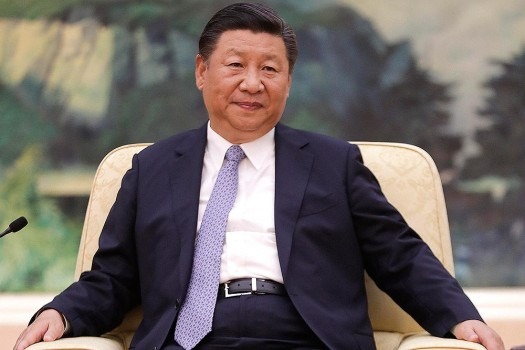 China's ruling Communist Party today endorsed a second five-year term for President Xi Jinping and amended its Constitution to add his name and ideology, elevating him on par with party founder Mao Zedong and his successor Deng Xiaoping.

Xi's concept of "socialism with Chinese characteristics for a new era" was added to the party's Constitution at the end of the Communist Party's week-long once-in-a-five-year Congress.

The amendment to the CPC's Constitution was approved making 64-year-old Xi's ideology as a new component of the party's guide for action, according to a resolution of the 19th CPC National Congress.

The inclusion of Xi's name along with his ideology has elevated him to the same political league as Mao and Deng.

Mao and Deng are the only other Chinese leaders whose names and thoughts are included in the party Constitution.

"The Chinese people and nation have a great and bright future ahead," Xi told party delegates as the meeting came to a close at the Great Hall of the People, the seat of power of China's Communist leadership.

"At this great time, we feel more self-confident and proud. At the same time, we also deeply feel a heavy sense of responsibility," he said.

The Congress attended by about 2,300 delegates endorsed a second five-year term for President Xi and appointed a new set of leaders backed by him.

Xi along with Premier Li Keqiang, 62, ranked number one and two in the CPC's hierarchy, would continue based on two five-year tenure convention for top leaders. Five new members will be elected to the seven member Standing Committee of the party which rules the country.

The new Standing Committee would be unveiled for China and the world tomorrow when they would formally appear in front of the media during a live telecast.

Xi, regarded as the most powerful Chinese leader in recent times heading the party, presidency and the military too is expected to retire by 2022 after his second term.

But speculation is rife that he would break that retirement age convention and may continue for a third term considering his powerful stature in the party.

Former Chinese leaders Hu Jintao and Jiang Zemin also had their own ideologies incorporated in the Constitution. But unlike Mao and Deng their names were not included.