China’s extensive involvement in Pakistan echoes a systematic trend in its foreign policy doctrine, a strategy of accommodation of ‘weaker’ states. 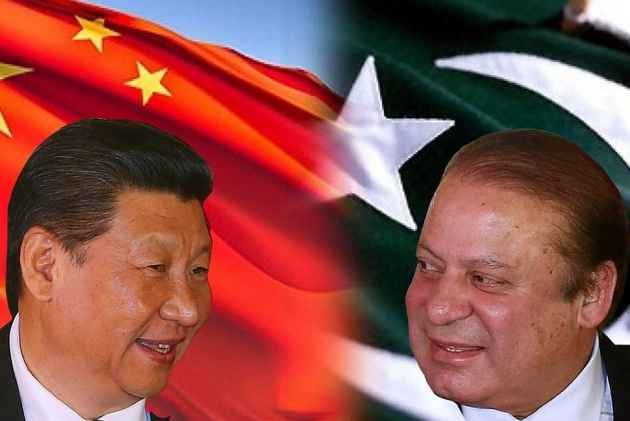 During Prime Minister Nawaz Sharif’s visit to Beijing last month, China declared to pour in $50 billion to develop the North Indus River Cascade in Pakistan -- with a capacity to generate up to 40,000 MW hydroelectricity for the country. With the signing of this Memorandum of Understanding, Beijing is slated to emerge as the biggest investor of infrastructural projects in Pakistan. In recent times, China’s investments in Pakistan have inflated significantly, more pronouncedly through the China-Pakistan Economic Corridor (CPEC) project -- an integral part of its One Belt, One Road initiative.

China’s extensive involvement in Pakistan echoes a systematic trend in its foreign policy doctrine, a strategy of accommodation of ‘weaker’ states. In this context, accommodation is construed as the greater or lesser adaptation by a stronger nation, China, of the needs and demands of a weaker state - Pakistan. Adhering to this strategy, China has constantly backed Pakistan’s efforts in the institutional realm as well as invested huge funds in boosting Pakistan’s economic growth and regional status. It has secured Pakistan as an ‘all-weather’ friend, complementing its aim to position a prudent strategy to counter the rise of regional stakeholders, such as India. China’s strategy of accommodation is a classic stance towards a weak nation -- Pakistan, to satiate the country’s strategic demands while guarding Pakistan against purported influence from potential competitors of China for their own interests.

In the past, China’s decision to aid the CPEC initiative has raised eyebrows from India. CPEC passes through the Gilgit-Baltistan region, a disputed territory between India and Pakistan, currently administered by Pakistan. As a result, India refrained from partaking in the grand Belt and Road initiative by China, that witnessed participation of several neighboring states such as Pakistan, Sri Lanka, and Nepal.

CPEC proposes connecting the Gwadar port in Pakistan with the Xinjiang region in China through an extensive network of highways and railways. This project launched in 2015 has recently witnessed a massive increase in funds up to $55 billion. Moreover, CPEC can be rightly conceived as a principal ingredient of China’s grand geo-economic strategy for accommodation of Pakistan that proposes to alleviate the country from its chronic energy deficiency along with increasing its annual GDP. Furthermore, this project expects to create more than 700,000 direct jobs alongside strategically revamping industrial growth in Pakistan. According to a Wikileaks report in 2012, Beijing has already invested over the required minimum distribution (RMD) of 2 billion in constructing a naval base in Gwadar, Pakistan. This was expected to also serve as a harbor for nuclear submarines or aircraft carriers.

Earlier in 2015, China’s Three Gorges Corporation, touted as the owner of world’s largest hydroelectric dam, has shown a willingness to fund up to $50 billion (USD) of hydroelectric power projects in Pakistan. China has also ratcheted up its support for the construction of the Karakoram (KKH) Highway, the Heavy Mechanical Complex at Taxila, and the Chashma Nuclear Plant.

Why India Should Worry?

The accelerating Sino-Pak ties, not taking cognizance of burgeoning security threats from Pakistan’s state sponsored terrorism towards China, is a major challenge to India. In recent times, Pakistan has effectively aligned with Chinese interests in prominent global platforms, such as the Nuclear Suppliers Group (NSG). In the NSG, Sino-Pak coalition has staged decisive hurdles to block India’s full-fledged membership. Along with, China has continued with its objection on India’s bid to incorporate Jaish-e-Mohammad’s chief Masood Azhar as an UN-designated terrorist.

As an imminent threat, India considers Azhar responsible for multiple terrorist acts, including the December 2001 attack and the Pathankot attacks in early 2016. In doing so, China has flagged technical loopholes, while greater status concerns and mutual mistrust lurk underneath. India construes such initiatives by China as riven with intentions to block India’s status elevation, alongside furthering its all-weather partnership with Pakistan.

As China’s accommodation of Pakistan has served its regional interests, India has the need to upgrade its strategies in securing partnership with major powers in the region. While Japan and Australia have shown enhanced interest in collaborating with India, in the present form India can benefit in roping US as a willing partner.

Washington has raised pertinent concerns over Sharif government’s failure to curb terror acts emanating from Pakistan. Earlier, the US Director of National Intelligence, Daniel Coats, remarked that “Pakistani-based terrorist groups will present a sustained threat to the U.S. interests in the region and continue to plan and conduct attacks in India and Afghanistan.” In this scenario, India and United States ought to focus on trust building while furthering their mutual economic interests in the region. While Indo-US have strengthened their partnership in the defence sector, more recently with the signing of The Logistics Exchange Memorandum of Agreement (LEMOA), the emerging maritime concerns in the region brings forth an opportunity for both the countries to collaborate and cooperate to a greater extent. With US-China relations heading towards a new phase of rapprochement, Trump has to cautiously establish links with the Asian giants -- India and China. As India is proactively seeking engagements with United States across strategic domains, it is preeminent for US to act strategically so as to further mutual interests of its bilateral partners in the regional hemisphere.

Baisali Mohanty is a researcher with the Observer Research Foundation. She a postgraduate degree in South Asian Studies with International Relations from the University of Oxford.