‘Maintaining peace and tranquillity along the LAC is the basis for Indo-China relationship to progress in other areas,’ the external affairs minister said. 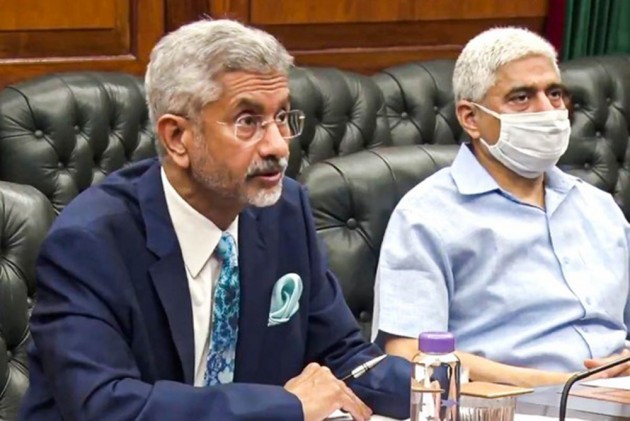 External Affairs Minister S Jaishankar on Wednesday lashed out at China and said that the neighbouring country has given India "five differing explanations" for deploying large forces along the Line of Actual Control (LAC), adding that China’s violation of Indo-China pacts has "very significantly damaged” their relationship that is now at its "most difficult phase".

The comments by Jaishankar during an online interactive session organised by Australian think tank Lowy Institute came against the backdrop of the over seven-month-long military standoff between India and China along the LAC in eastern Ladakh.

"We are today probably at the most difficult phase of our relationship with China, certainly in the last 30 to 40 years or you could argue even more," Jaishankar said adding, "The relationship this year has been very significantly damaged.”

China To Build A Major Dam On Brahmaputra River In Tibet: Official

Ladakh Leaders Push For Bunkers For Civilians Along China Border

"We are very clear that maintaining peace and tranquillity along the LAC is the basis for the rest of the relationship to progress. You can't have the kind of situation you have on the border and say let's carry on with life in all other sectors of activity. It's just unrealistic," he said.

Jaishankar further said, "We have this problem because from 1988, our relationship had its hiccups, we had our issues and differences but the direction of the ties broadly were positive."

The external affairs minister said the relationship progressed in trade, travel and various other domains as both sides inked several pacts to maintain peace and tranquillity along the LAC.

"All of this was posited on the fact that while we were trying to solve the boundary question, we would maintain peace and tranquillity along the border areas," he said, adding there were incidents of arguments between patrols along the border "but you never had a major breach of understanding".

The external affairs minister also said multiple agreements between the two sides were inked from 1993 with a commitment that both parties will not bring large forces to the border areas.

"Now for some reason, for which the Chinese have to date given us five differing explanations, the Chinese have violated it (the 1993 agreement). The Chinese have literally brought tens of thousands of soldiers in full military preparation mode right to the LAC in Ladakh. Naturally, our relationship would be profoundly disturbed by this," he said.

Referring to the Galwan Valley clash in eastern Ladakh in which 20 Indian soldiers were killed, Jaishankar said the incident "completely changed national sentiment".

The external affairs minister also said that the two sides should now focus on rebuilding their ties. He also mentioned various diplomatic and military engagements between the two sides in the last few months including his meeting with his Chinese counterpart Wang Yi in Moscow as well as talks between the two defence ministers.