When it comes to social interactions, Chinese are indeed conformist and risk-averse, yet in financial transactions bolder than investors in the West. 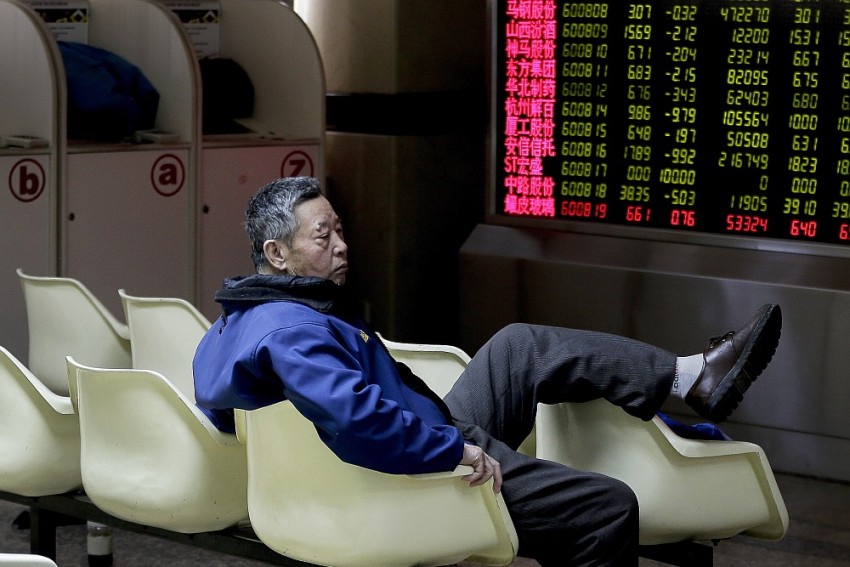 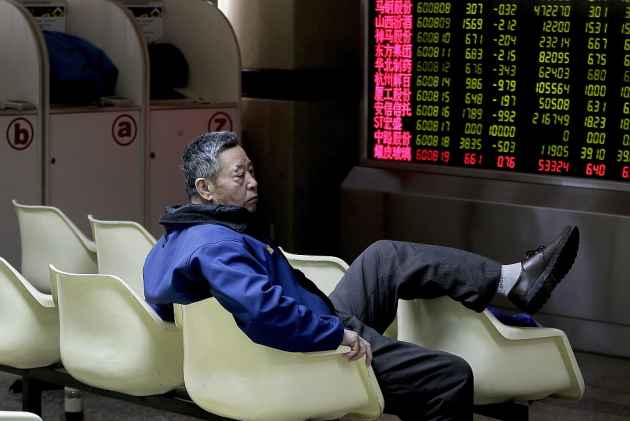 "…he who will not economize will have to agonize." – Confucius

"… precious things which I hold fast and prize. The first is gentleness; the second is frugality.” – Lao Tze

The drop in Chinese stock threatens to produce a bearish environment around the globe. A long-term view suggests that fears of spillover effects and recession may not be justified. Instead, the world economy may actually benefit from China's successful transition from an economy emphasizing capital investment, exports and savings to one based on innovation, services and greater consumption.

Still, a combination of frugality and risk-taking in Chinese culture, along with negative real interest rates in bank deposits, has created huge bubbles in the Shanghai and Shenzhen stock markets for 2007 and 2015. These were bound to deflate — a process made worse by amateurism on the part of novice investors and regulators.

Investors should take the long view. The Shanghai stock market has yielded among the best returns in the world despite bubbles or wild run-ups in 2007 and 2015. On January 1, 1991, the Shanghai Composite Index was at 130 and, despite a brutal drop after May 2015, was above 2900 in mid-January 2016 — representing a compounded average growth rate of 13.3 percent, compared to 7.1 in the United States or 3.6 in Europe over a comparable 25-year period. This should be the envy of the world, not cause for fears and sell-offs elsewhere.

Until a generation ago, most Chinese were poor, and ancient proverbs made saving a virtue. For Mainland China, sudden affluence has not yet erased frugal habits of the past. Hundreds of millions in China grew up on noodles or rice, with tiny portions of meat. The parsimony of the past lingers in the nation's unusually high savings rate. The average American household, depending on the US economy, saves zero to 4 percent of its income. By contrast, typical Chinese households sock away about 30 percent of disposable income. According to the World Bank, China has by far the world's highest gross savings rate. The government is trying to encourage consumption, but changing millennia-old habits takes time.

The huge savings surplus must go somewhere, and families have limited choices for investing. Traditionally, gold or valuables were secreted underground. China has banks, but local currency deposit rates yield between 1.75 and 2.5 percent. This sounds marginally better than US rates less than 1 percent. But actually Chinese banks offer depositors a negative return, after factoring in that country's 6 percent annual inflation rate. In short, banks are not attractive. Real estate prices have either doubled or quadrupled in the past decade, and anticipation runs high that the bubble, too, may deflate. Ordinary Chinese cannot easily convert their local currency and invest outside China because of government capital controls.

Chinese turned to the stock market. In early 2015, hairdressers in Shanghai or Shenzhen told customers how they had doubled their investment in just two months between February and May. By contrast, in the first half of 2015, the S&P 500 barely budged. The mania for a "quick buck" affected all levels of society.

The average American may be richer than the average Chinese citizen, but there are four times as many Chinese. With 1.32 billion people, the savings add up. The total value of investments in China's stock markets can be as high as $10 trillion at peak levels and $6 trillion or less during downturns, according to CNN's Sophia Yan. By comparison, the New York Stock Exchange market capitalization was around $19 trillion in 2015.

China chases limited options for a lot of hoarded money. Most Chinese investors are novices, willing to take more risks than western investors. Such factors explain the wild swings in Chinese markets.

The gyrations have little to do with the economy's actual fundamentals. A study by scholars at the Wharton School and Shanghai Jiaotong University concludes that, unlike other nations where stock market indices do correlate with future GDP growth, "The correlation between market returns and future GDP growth for China… is much lower and statistically insignificant."

It may seem like a paradox then that Chinese traditions emphasize frugality while the culture and history laud risk-taking. Studies by Weber and Hsee concluded that when it comes to social interactions, Chinese are indeed conformist and risk-averse, yet in financial transactions bolder than investors in the West. China also has a long history of gambling. Desmond Lam relates how games of chance began as early as the Shang Dynasty, 1700-1027 BCE. Gambling parlors proliferated in the Qing Dynasty and continue to this day.

A survey by State Street Corporation suggests that as many as 81 percent of Chinese investors trade at least once a month, by far the highest rate in the world. With speculative excess, millions including taxi drivers and tycoons play stocks to earn a quick yuan. The 2007 and 2015 crashes have not deterred new hopefuls from entering this game.

Some observers criticize regulators in China for introducing "circuit breakers" that halt trading if the market index falls by more than 7 percent. These also exist in western markets, but for novice investors in China, such halts broadcast a panic signal to the media and induce more selling. Such government intervention, trying to soften the blow to herd investors, also may not prevent speculation a few years later.

The Chinese economy is undergoing a difficult transition. Surveys suggest less than 10 percent of Chinese households had stock holdings in early 2015, and the likelihood is low that they could drag the world into a recession this year. Reports vary, with investment firms estimating stocks represent no more than 10 percent of China's household wealth. Too much is being read into the slowdown in GDP growth in that nation. As emerging economies grow, their growth rate naturally slows, and China is still growing at an enviable 6 percent per annum.

The government has an ambitious agenda that includes transitioning from excess savings to a consumption-led economy, from export emphasis to domestic market growth, from mass manufacturing to creative design and services, from unskilled jobs to creativity in a skilled labor market, from government spending on infrastructure projects to institutional development, from growth quantity to growth quality with a clean environment, quality of life and balanced regional progress.

If the Chinese manage to achieve part of this agenda, the nation and world will be better for it. Maturing attitudes among Chinese investors could mean greater stability in stock markets worldwide.

Farok Contractor is a professor in the Management and Global Business Department at Rutgers Business School. He has researched foreign direct investment for three decades and has also taught at the Wharton School, Copenhagen Business School, Fletcher School of Law and Diplomacy, Tufts University, Nanyang Technological University, Indian Institute of Foreign Trade, XLRI (India), Lubin School of Business, Theseus, EDHEC and conducted executive seminars in the US, Europe, Latin America and Asia. He produces a blog on Unbiased Perspectives on Global Business Issues. A version of this article was published by the Conversation. Rights:© 2016 YaleGlobal and the MacMillan Center