Chirag Objects Induction Of Paras In Union Cabinet, Comes Up With Legal Threat

Chirag Paswan said Paras or somebody else siding with him can be made a minister as an Independent, but not as a member of the LJP with which they are no longer associated. 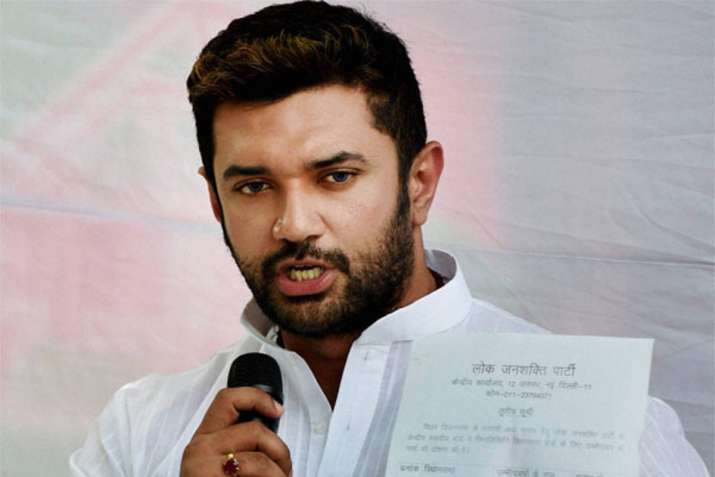 Chirag Paswan on Tuesday requested Prime Minister Narendra Modi to refrain from including anyone from the  breakaway faction in the ministry from the LJP quota mentioning gthat otherwise it would lead to a court case.

This controversy came amid reports of his uncle Pashupati Kumar Paras getting a berth in the union cabinet expansion,

He said Paras or somebody else siding with him can be made a minister as an Independent, but not as a member of the LJP with which they are no longer associated.

Sources in the political circles here said Paras, younger brother of dalit leader Ram Vilas Paswan and currently MP from Hajipur, has rushed to the national capital after getting a
telephone call reportedly about his entry in the Modi cabinet.

"Its prerogative of the Prime Minister to include anybody in his cabinet. But, neither my uncle Pashupati Kumar Paras nor other MPs, who are no longer associated with the party
founded by my father, should be inducted in the union cabinet from the LJP quota.

"If my uncle is inducted in the union cabinet from the LJP quota or as an LJP member, we will go to court," the 38- year-old Jamui MP told reporters.

"I have no objection if he (Paras) is made minister as an Independent", he said.

Lok Janshakti Party has split with Paras enjoying support of all the MPs except for Chirag claming to be the real LJP, a partner in the NDA coalition.

LJP had won six seats in the 2019 election as NDA member.

Though left alone, Chirag whom Paswas senior had projected as his political heir apparent claims right over the party founded by his father in 2000.

Chirag, who is locked in a tussle with the Paras-led faction, said they have already informed the Election Commission of India that his uncle and other ousted party MPs- Prince Raj (cousin), Chandan Singh, Veena Devi and Mehboob Ali Keshar- are no longer LJP members.

While Chirag launched "Ashirwad Yatra" from his father's political bastion Hajipur on the occasion, Paras paid respect to the departed leader at LJP's state headquarters here.

Accusing Bihar Chief Minister Nitish Kumar of breaking his party, Chirag said, "During the Bihar elections, even before that, there was a constant attempt by Kumar to break our
party. Kumar made similar attempts even when my father was hospitalised.

"My father had told the party leaders, including my uncle (Pashupati Kumar Paras) about the same".

The actor-turned-politician asserted that he will continue to fight for the cause of the party founded by his father.