The presence of Flamengo forward Guerrero is a huge relief to Peru boss Ricardo Gareca after his 14-month ban for taking cocaine was overturned just weeks before the World Cup kicked-off. 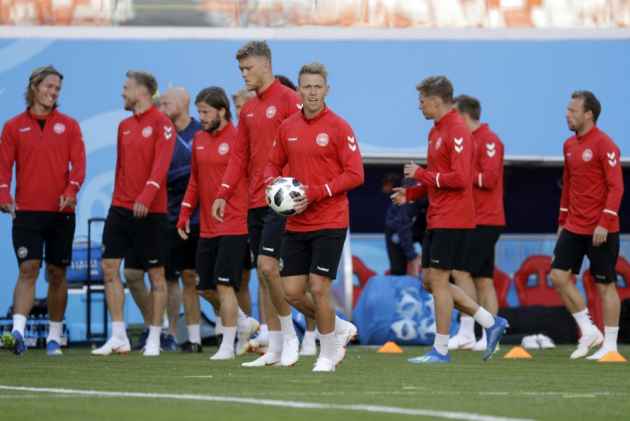 Paolo Guerrero will look to prove his drug-ban controversy is behind him on Saturday when Peru face Denmark and their star goal-scoring midfielder Christian Eriksen in both teams' World Cup opener.

The presence of Flamengo forward Guerrero is a huge relief to Peru boss Ricardo Gareca after his 14-month ban for taking cocaine was overturned just weeks before the World Cup kicked-off.

However, Denmark have their own goal-machine in Tottenham Hotspur midfielder Eriksen, who netted 11 goals in his team's qualifiers, a record bettered only by Cristiano Ronaldo and Robert Lewandowski on the road to Russia.

The 26-year-old struck a stunning hat-trick in the 5-1 demolition away to Ireland last November to secure Denmark's play-off victory, then scored and created another in a 2-0 friendly win over Mexico in a pre-World Cup warm-up.

With France installed as Group C favourites, neither team will want to drop points at the first hurdle.

The spotlight in Saransk will be Guerrero, 34, who is set to lead Peru's ageing strike force alongside Jefferson Farfan, 33, whose goals against Paraguay and New Zealand, in a play-off victory, carried them to their first World Cup finals for 36 years.

Having been banned for testing positive after a qualifier against Argentina last October, Guerrero won a last-ditch legal appeal to appear at the finals.

He promptly showed his class by scoring twice on his return in a 3-0 friendly win against Saudi Arabia a fortnight ago.

However, competition is fierce within the Peru team to win places to face the Danes.

"We put are creating good pressure in the team to give the coach a problem, it won't be easy for him to choose the players," said defender Anderson Santamaria.

Peru winger Edison Flores, scorer of five goals in qualifying, who plies his trade for Aalborg in the Danish league, is confident.

"I am a small player but with a lot of mental strength. To be in a World Cup is the best thing for a football player. Our coach believes in us and we in him," said the 24-year-old who stands at 1.67 metres (5ft 5ins).

The Danes' burly centre-back pairing of Simon Kjaer and Andreas Christensen will be tasked with containing Guerrero and Farfan.

Denmark have avoided defeat in their last 14 matches, dating back to 2016, and coach Age Hareide has talent up front to choose from with Ajax starlet Kasper Dolberg, 20, and Feyenoord's Nicolai Jorgensen vying to start as striker.