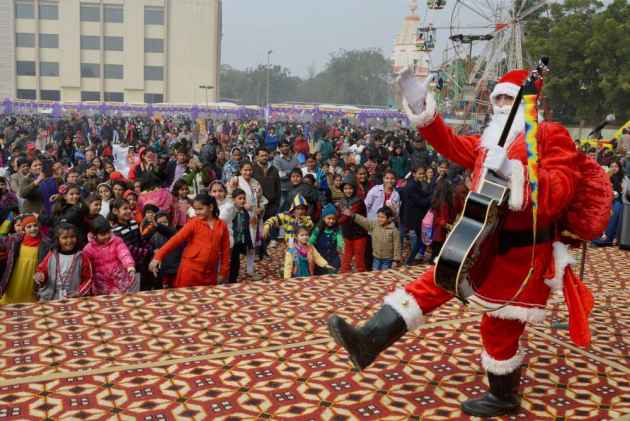 Christmas is around the corner which means it’s time for Santa to come down the chimney bearing gifts (spoiler alert: in Delhi, he may not be recognisable because he will be wearing a mask). This year, Santa is making a special effort to source the most appropriate gifts for those desperately in need. Here’s a sneak peak at Santa’s list and the presents he has picked for each.

Rahul Gandhi: A monopoly set because it comes with a ‘Get-Out-of-Jail-Free’ card, also it seems a game geared to acquiring property by a roll of the dice. Finally, it comes with a free edition of Trivial Pursuits which is something he seems quite fond of doing.

Narendra Modi: As PM, he will get a number of presents which includes a packet from Air India containing the frequent flyer miles he has accumulated so far, a box set of miniature figures representing world leaders who he can play with when he’s feeling low. There is also a monogrammed tape for measuring chest size and a Made in India timer which will let him know when India has become a super power.

Sonia Gandhi: An autographed photograph of Indira Gandhi dedicated to “My darling Daughter in Law.” It is framed inside a masthead with the words “Your freedom is in peril. Defend it with all your might.” The masthead is taken from the National Herald, now defunct but still producing headlines.

Arvind Kejriwal: A tandem bicycle for him to ride to work with his associate Manish Sisodia and set a dual example for the rest of Delhi’s car-owners who are battling with their own dual problem to do with odd and even numbers. The tandem bike comes with a mask and a muffler instead of a helmet.

Amit Shah: A pair of prescription spectacles to replace the rose-tinted ones he was wearing during the Bihar elections. Also a new set of clothes since he has been reduced in stature.

Baba Ramdev: A set of extra strength hair trimmers with accessories like tweezers and a tin of wax. The tweezers are not meant to reduce body hair but to extract worms from noodle packets.

Smriti Irani: A ‘Get Well Soon’ card from Sharad Yadav, her perennial baiter in parliament.

Jayalalitha: A Get Well Soon card from Subramanian Swamy.