Congress spokesperson Randeep Sigh Surjewala claimed that Doval, who was then in the Intelligence Bureau, in his interview also saluted the Congress-led United Progressive Alliance's (UPA) policy vis-a-vis terror. 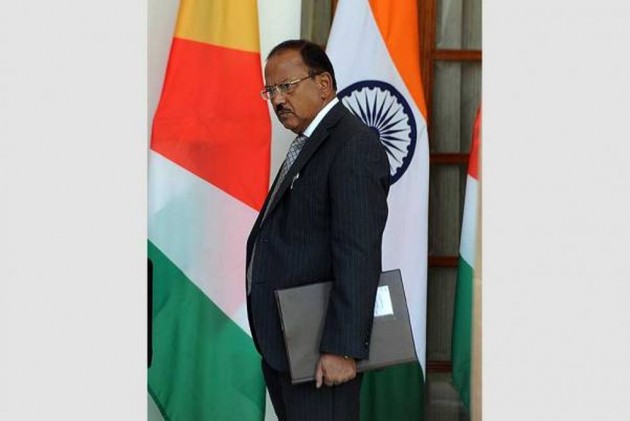 A day after the BJP attacked Congress President Rahul Gandhi for calling Jaish-e-Mohammed (JeM) chief "Masood Azharji", the Congress on Tuesday denounced the BJP for releasing the terrorist a decade ago.

The Congress cited an interview of National Security Adviser (NSA) Ajit Doval in which he had said that the then Bharatiya Janata Party (BJP)-led government was responsible for Azhar's release in 1999 after an Indian Airlines plane was hijacked to Kandahar, Afghanistan.

He claimed that Doval, who was then in the Intelligence Bureau, in his interview also saluted the Congress-led United Progressive Alliance's (UPA) policy vis-a-vis terror.

"UPA-Congress came with a categorical policy on hijacking. No concession, no talks. Why did the BJP government not show the same guts?" the spokesperson said.

Gandhi on Monday said that "Masood Azharji", now the chief of Jaish-e-Mohammed (JeM) which claimed responsibility for the suicide bombing that killed 40 CRPF troopers, was in an Indian jail and was taken to Kandahar by the Atal Bihari Vajpayee government and set free.