'CJI Should Not Have Heard Case About His Own Power', SC's Order On Allocating Cases Evokes Mixed Response 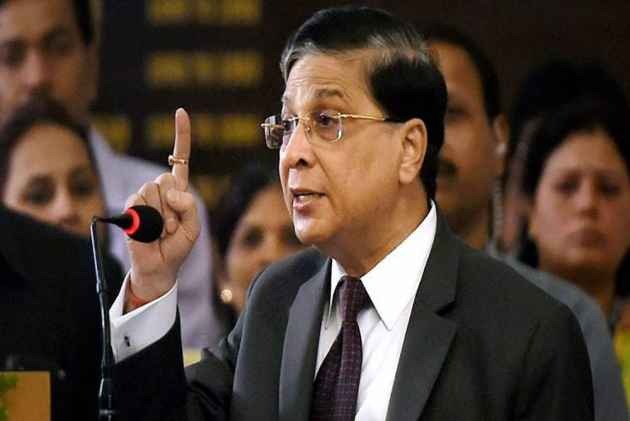 The Supreme Court's ruling that Chief Justice of India (CJI) has the "exclusive prerogative" to allocate cases and set up benches today evoked mixed response from the legal fraternity with some terming it as "correct" while other criticising the order.

A bench headed by CJI Dipak Misra yesterday dismissed a PIL seeking evolution of a "set procedure" to constitute benches and allot cases to different benches saying the CJI was the "first among equals" and an institution in himself.

While senior advocate and former Attorney General Mukul Rohatgi said the apex court's order was correct since the CJI is the "master of the roster" and it was improper to make allegations against any of the CJIs, advocate Prashant Bhushan said that CJI Dipak Misra should not have heard the matter as his own power was being questioned.

Similarly, senior advocate Ajit Kumar Sinha said the roster and setting up of benches to hear cases has always been the CJI's prerogative, while advocate Kamini Jaiswal expressed dissapointment on the order.

Commenting on the order, Rohatgi said that roster and allocation of cases to benches in the apex court has always been done by the CJI while in the high courts, the chief justices do it.

"I think it is a correct order. The CJI is the master of the roster and it is improper to make allegations against the CJI, whether the current one or any other holder of this office, because somebody has to do the job. It is always done by the CJI in the Supreme Court and chief justices in the high court," he said.

Sinha also said that today's order was correct and law was already settled on this issue.

"This is a correct judgement. The law is already settled," he said, adding, "on roster, the prerogative is of the CJI and this has been settled by judicial pronouncements and the Supreme Court rules also. On roster and constitution of benches, CJI has the prerogative."

Significantly, senior advocate and former law minister Shanti Bhushan has also recently filed a PIL in the apex court seeking clarification on the administrative authority of the CJI as the 'master of roster' and laying down of principles in preparing the roster for allocation of cases to different benches.

Commenting on today's ruling which was delivered on a plea filed by Uttar Pradesh-based lawyer Ashok Pande, advocate Prashant Bhushan questioned the way the matter was listed for hearing before a bench headed by the CJI.

He claimed that it was "a malafide attempt to pre-empt Shanti Bhushan's petition".

Bhushan said "suddenly another petition filed by Pande was resurrected and listed before the CJI involving this issue of master of roster. Here the CJI himself, who could not have heard the matter because in Shanti Bhushan's petition, he was a party and his own power was being questioned".

Jaiswal also questioned the way Pande's plea was dealt with by the apex court.

"I do not know what we have come to. What was the great rush to dispose of Pande's petition which was pending for some time? Only so that Shanti Bhushan's petition becomes completely infructuous. A person knowing anything about the matter would say that a person cannot be a judge of his own cause," she said.

"In Shanti Bhushan's petition, the Chief Justice was made a respondent. Something should have been done so that people faith in judiciary remain and the issues raised by the four senior-most judges of the Supreme Court are reconciled rather than aggravate the whole situation. This is a very very sad story for all of us," she said.