Swati Maliwal, chairperson of the DWC says, 'the cloak of secrecy over shelter homes doesn’t always protect women and girls'. 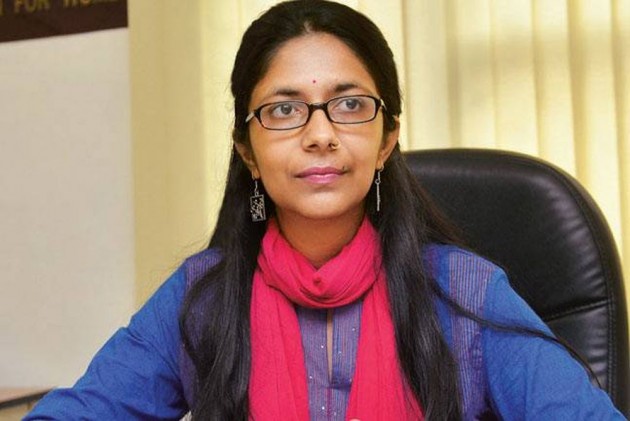 As news of rape and abuse at two children’s home in Bihar and UP shocked the nation, Swati Maliwal, chairperson of the Delhi Commission for Women, tells Pragya Singh in an interview that the cloak of secrecy over shelter homes doesn’t always protect women and girls.

You visit shelter homes in the city regularly. What conclusions have you drawn about the neglect or abuse in them?

The government never opens doors to shelter homes and never goes inside them either. If the government visits, it harms the girls even more. I had started to think I have seen it all after the abuse and sheer neglect we uncovered during several raids in Delhi but clearly I was wrong. What was going on in Muzaffarpur has shocked the nation. Girls were being raped and if they died, simply buried. One girl went missing even after an FIR was registered. These are truly scary situations.

Shelter homes will remain neglected unless government turns proactive. The woman caught in Deoria admitted that she went inside the shelter home with her husband. Why did her husband go inside? This is horrible and draws the conclusion that she was his pimp. We have been saying that some NGOs and government agencies are involved in trafficking women through shelters.

The public is strictly barred from shelter homes. Yet, inmates are exploited outside the public eye. Should not college students, volunteers who want to assist, be allowed inside?

There is a need for independent studies of shelters. They need to be made transparent. I can understand media being kept out for privacy reasons but why should experts and college students who want to help be barred? They can be trained and allowed in. Why other government agencies are not allowed inside surprises most. Shelter homes are worse than jails as a result. One thing common to all homes is the sense of suffocation in them. In jails inmates get training and there are rules.

In shelter homes there is no training, no facilities and no standard operating procedure. Everything is ad hoc. That’s why we want social audits of all shelter homes in Delhi. We will make recommendations to the government based on audits. This is my main priority for the next three years.

Social audits are not required by law. Would you still do them? And what triggered this decision?

There is a proposal for social audits but it’s not a legal requirement. This should change after the Bihar case. Right now we raid shelters when we receive complaints, so it’s piecemeal. We want a systemic audit involving long-term experts, including outsiders and persons of repute—women only. What if we find such nefarious activities in Delhi too? Obviously it would be difficult because of the media glare here but it is important to cross-check.

What about the national network of child welfare committees (CWCs)?

The legal mandate to inspect shelters every month lies with the CWC. This is why the CWC woman in Muzaffarpur has been on the run. Yet, we found in Delhi a government-run shelter for girls checked out on paper but was riddled with problems when we visited. CWC audits are often based on conversations with staffers. Shelters often have prior information about their visits and frighten girls into silence. CWC teams avoid talking to girls too because they know there will be complaints.

In the Nirmal Chaya case in Delhi the girls later told us they were being beaten but the CWC initially closed its doors to us during a surprise visit at 5am. Even CWC doesn’t want us to enter but it’s crucial that various bodies are allowed inside. Had I not spent a night at Asha Kiran the racket of women being stripped naked and their CCTV feed being leered at by men would not have come to light. One has to sleep on the floor with the girls in their bedbug-infested linen before they trust you.

I have seen more apathy in government-run institutions. Grants are often so petty that homes are impossible to run. Delhi government’s children home had one cook for 130 children. Little girls were making their own chapattis. As the lieutenant-governor (LG) is in charge of services we have recommended staff training and many other improvements to him.

Why the emphasis on raids?

In Muzaffarpur, the rescued girls refer to a Hunterwala Uncle torturing them. This cannot be allowed in a place meant for their care and protection. Shelter homes have to be visited at night, not in the daytime, when they are full of office staff who can intimidate residents. We visited the Nari Niketan in Delhi after 8pm and spent a night there. That’s how the truth came out in Nirmal Chhaya too, where we found most of the 100 inmates were mentally ill, screaming or crying. They had one doctor who gave them heavy doses of drug. There were no recreational facilities, food was bad. It is horrifying and won’t change without a social audit and follow-up by government on the basis of findings.