The curious case of Raja Bhaiyya, who resigned this week as minister in UP following the killing of a DSP, cries for closure but remains baffling as ever. 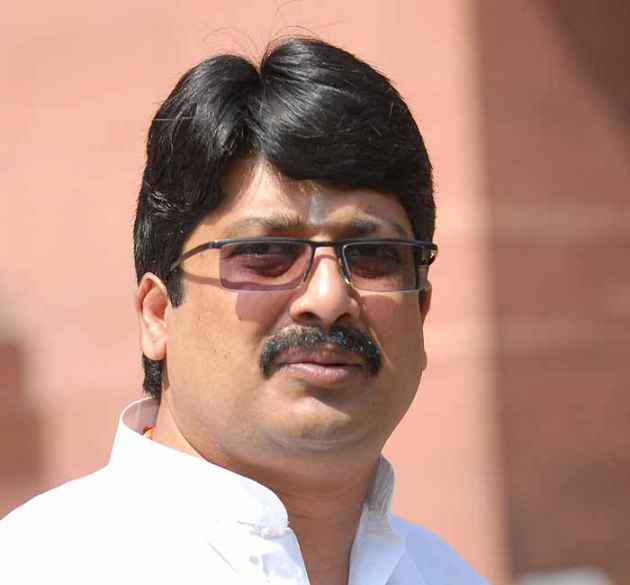 His looks do not match his notoriety. Baby faced, normally soft-spoken and dressed immaculately in starched clothes, often white, he would frequent Clarks Avadh and later the Taj, and sit quietly enough with his cronies in a corner. Unlike other rising sons, he would rarely be involved in a brawl and, on the contrary, would  invariably be polite and on his best behaviour while interacting with people in Lucknow. When he spoke, he sounded reasonable and seldom looked as intimidating as the reputation that preceded him.

But by the time I took over as the Resident Editor of The Times of India at Lucknow in 1997, Raghuraj Pratap Singh alias Chhote Thakur alias Raja Bhaiyya had already earned the sobriquet, “Kunda ka Goonda”. He was alleged to feed his opponents to his pet alligators in the pond. He was said to mete out summary justice and hold durbars. His word in Pratapgarh was law and reports in the media, with Raja Bhaiyya riding a horse, spoke of his growing clout.

It was after yet another horror story emerged from Pratapgarh that some of us decided to take a look. The election of 1998 was round the corner and our gleaming white taxi, an Ambassador of course, with a red beacon light (the travel agent insisted on putting it up so that his car would escape getting confiscated for election duty), had no difficulty in reaching Bainti (or Benti), just a few kilometres off the Pratapgarh police station on the main road.

A dirt track led to the ‘palace’. Crops had already been harvested and the fields were grey, dry and desolate. One could see the boundary wall from a long distance. The dirt track was uneven and the taxi had to move slowly. It was a winding road and the approaching vehicle could be spotted from the gate of the ‘palace’ as well.

As the vehicle took the final turn towards the entrance, we could see a man running towards the gate, all the time trying to tie his dhoti. We were intrigued but could not stop smiling. The penny dropped when he reached the gate, huffing and puffing, and pushed the gate open.

The driver, tense from the moment he learnt that we wanted to go inside the palace, was actually slowing down when we barked at him to speed up and drive in. As we sped through, the man in dhoti realized there were outsiders in the car and not Raja Bhaiyya himself. He shouted at us to stop but we ourselves were barking orders to the driver and could not make out what he was saying. The only word that we could hear clearly was ‘kutta’ (dog).

Before we could react to the abuse, several huge dogs bounded towards the vehicle. One of them, I remember, was a Great Dane. The dogs looked ferocious enough and they looked inside the car while their paws held on to the windows. We sat inside, unable to decide on our next move. The barking of the dogs prompted several people to emerge from an annexe. They looked at us coldly and made no move to call the dogs away.

Finally, we recovered our wits and lowered one of the windows to shout that we had arrived from Delhi (a lie) and had been asked by Raja Bhaiyya to meet him there. The trick worked and the dogs were called away and we managed to get down from the vehicle.

The welcoming party was, however, curt. Raja Bhaiyya was not there and he was not expected there either. They had no information about our arrival and we had obviously mixed up the dates. So, could we please leave, sooner the better?

Under the circumstances, we did well to linger for 10 to 15 minutes. But our pleas for water, tea and even cigarettes were either ignored or met on the driveway itself. Could we take a look at the alligators, which were all over the media, we suggested lightly. The stern man looked away and replied, “ there are no alligators”. Perhaps we could see the pond ? “ See it when you come here next” was the terse answer.

There was nothing to do but to get into the vehicle and drive out. The man in the dhoti gave us an ugly look at the gate before we sped out. Rattled, we sat quietly till the driver broke the silence. “We are being followed,” he said with a tremulous voice. We looked back to see a motorcycle with a pillion rider at a distance. We tried to laugh it off. It was 3 pm, for God’s sake and it was not a Hindi film.

Spotting a man vending cigarettes on the side of the dirt track, we asked the driver to stop. We got out of the vehicle, stretched our legs, bought cigarettes, relieved ourselves at a distance. All the while, we noticed, the motorcycle too had stopped and the pillion rider was pretending to urinate while watching us from a distance.

We felt uneasy and agreed that it was best to get out of the area early. But as we emerged on the main road, the bustle and the sight of the police station and several police and CRPF vans emboldened us to drive into the police station.

The policemen provided more colourful stories about the Chhote Thakur. Many of his associates, they informed, were wanted criminals. They specifically named one of them and claimed that he belonged to the Mumbai underworld but had been given shelter by Raja Bhaiyya. The name rang a bell. It was a name we had heard from one of the members of the welcoming party at the ‘palace’.

We just met the man you are looking for, we told the policemen, half in jest. They asked us to describe the man and grudgingly admitted that it could be the same person. But not one of them moved. It was clear they would rather let sleeping dogs lie.

The taxi driver at that moment appeared and pleaded that we should head back to Lucknow. Agitated, he whispered that the men on the motorcycle had followed us to the police station. We looked around to find them staring at us, brazenly, insolently. There was something in that look that did send a chill up our spine. The policemen agreed with the driver. You need to get out of the district before sunset, they advised us. Never had I come across such helpful policemen and policemen so concerned with our health and well-being.

We returned with uneasy feelings but with nothing much to write or report. But Raja Bhaiyya kept getting into news, mostly for the wrong reasons. We continued to receive horror stories.

One of the former Superintendents of Police, Jasveer Singh, a Sikh, is probably the only police officer to have ever slapped the politician in public. Or, so the legend went. It was, therefore, the logical next step to seek out the police officer, who by then had been shunted out to the boondocks.

At a meeting in the police officers’ mess in Lucknow, Jasveer Singh claimed that there was enough circumstantial evidence against Raja Bhaiyya but direct evidence against him was sparse. There was a confessional statement, for example, which claimed that one of the politician’s employees specialized in neatly chopping human bodies. In graphic detail, the police officer claimed, the confessional statement described how opponents were chopped and fed to the alligators.

During the BSP rule, Mayawati had the pond in Bainti dug up in search of skeletons. But neither alligators nor skeletons were found.

But there was much more to the Raja Bhaiyya legend. Jasveer Singh, for example, claimed that the politician and his henchmen cornered every possible contract in the district. Nobody else was allowed to even bid. All bidders, he claimed, would be put up by the politician. There were complaints of gun-running and the politician was accused of offering shelter to criminals from Mumbai and even abroad—for hefty fees of course.

Jasveer Singh himself claimed to have clandestinely gone to Madhya Pradesh in civilian clothes to collect clinching evidence against the politician. But he himself was arrested and had to spend time in prison.

Obviously bitter, he claimed that Pratapgarh police had investigated the curious cases of dozens of missing people from the district. All of them were last seen with Raja Bhaiyya’s men, Jasveer claimed.

But there is little to link him directly to crime. He has come a long way since then and has moved from BJP to the Samajwadi Party. Both the political parties felt compelled to include him in the state council of ministers, although his tenures have been mired by several controversies.

Even this month, when a DSP was being killed in Pratapgarh allegedly by his henchmen, Raja Bhaiyya said he was in Lucknow , walking into the chief minister’s residence. The CCTV footage would prove his claim, he confidently asserted.

What could eventually nail him are the cases that Jasveer Singh claimed were not investigated; and the corruption cases related to food supply when he was the minister. Meanwhile, the legend of Raja Bhaiyya continues to grow.