Cluep CEO Karan Walia Shares The Origin Story Of His Company, A Leader In Mobile Advertising

Cluep is run by three tech geniuses -Karan, his younger brother Sobi Walia, and Anton Mamonov, whom they first met at a hackathon called Startup Weekend Toronto in November 2011. 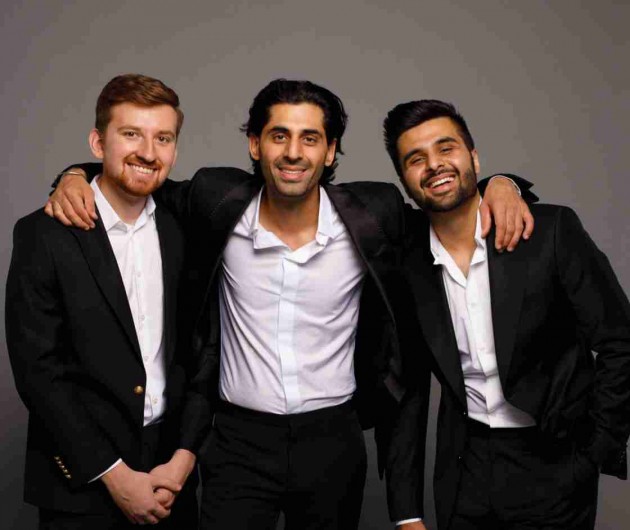 At the age of 19, most kids don't necessarily know what they want to do or what they like until much later in their careers; however, Karan Walia capitalised on his interest in artificial intelligence early on.

The eureka moment for Karan was when he got his hands on the Apple iPhone back in 2009 when he was 19 and became obsessed with the idea of building a personal assistant for himself. "It felt like someone had handed you a little bit of Star Trek. It was nothing like using any other phone at the time - the entire way the device was designed and the way you interacted with it was a new paradigm," says Karan. The 19-year-old tried to raise funding for his ambitious startup idea, but no one wanted to invest in this kid's dream. Instead of giving up, Karan decided to start a company called Cluep to work on and fund his dream at some point in the future when he would have enough capital and resources. Fast forward to today, Cluep, which stands for Clues within people, has taken the world of mobile advertising by storm.

Cluep is run by three tech geniuses -Karan, his younger brother Sobi Walia, and Anton Mamonov, whom they first met at a hackathon called Startup Weekend Toronto in November 2011. "I think we were like 21, 17, and 16 at the time. During that weekend, Sobi and Anton were intrigued by the idea of writing a novel deep learning algorithm for a text-analysis engine to help brands connect with people emotionally by understanding how they feel toward certain topics. The text had become a prevalent form of communication for people on social media to share their inner-most thoughts and feelings, and I was interested in analysing what drove those emotional responses and then targeting people with relevant advertising," Karan shares the origin story behind Cluep.

Sobi and Anton immediately dropped out of school to fully support each other's capabilities. They started helping Karan build and develop the idea behind Cluep, an artificially intelligent mobile advertising company. "We started working out of a lab at York University where I was studying at the time. We even broke into the lab and hacked into 24 computers to continue to train our novel deep learning algorithm on large amounts of data sets because we couldn't afford a server. This lab became our first unofficial office and coworking space to build Cluep. York University had now become our free WeWork," Karan laughs

Their journey wasn't always smooth-sailing, but they adjusted. There were a lot of challenges these three young kids faced while building a business from the ground up. "We were on a shoestring budget and living off of my student loans. We would split the same $4.99 student special lunch at Popeyes every single day and didn't have any financial or emotional support at the time. At one point, I had to move back to my parent's home in India for several months to save money and focus on Cluep," Karan reveals, adding that he decided to come back after their novel deep learning algorithm had achieved a high level of accuracy and was ready to demo to investors and clients.

And everything after that, as we say, is history. Today Cluep is a leading name in mobile advertising with clients that include brands like the NBA, Mercedes-Benz, BMW, Ford, Coca-Cola, Pepsi, Subway, Starbucks, McDonald's, Adidas, Nike, Red Bull, Spotify, Microsoft and Amazon.