CM Mamata Banerjee is on a three-day visit to Mumbai starting November 30 to meet leaders of the Shiv Sena and NCP amid a strain in ties between her party and the Congress. 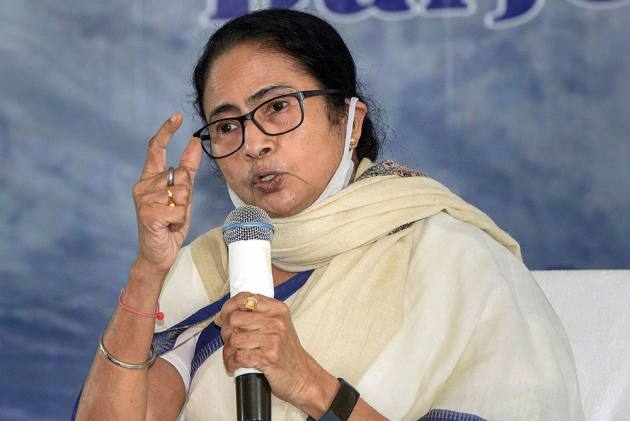 West Bengal Chief Minister Mamata Banerjee in her meeting with NCP Supremo Sharad Pawar, simulateuoslygave out the clarion call for an united front to fight BJP while taking barely veiled swipes at the Congress leadership.

While Banerjee made remarks like "there is no UPA now" and one can not achieve anything by staying abroad "most of the time", Pawar said leadership was not an issue at present and all like-minded parties were welcome to join the fight against the BJP.

Before that, interacting with members of civil society, Banerjee claimed she had suggested to the Congress that an advisory council of prominent personalities from civil society be set up to give a direction to the opposition, but it was "in vain". If all "regional parties come together", it would be easy to defeat the BJP, she said. "We want to say BJP hatao, desh bachao (remove BJP, save the country)," she said, adding that her party Trinamool Congress (TMC) will not contest Assembly elections in Uttar Pradesh.

The TMC has inducted several Congress leaders in its fold and recently, 12 out of 17 Congress MLAs in Meghalaya defected to the party.

To a query about if she would lead the opposition alliance against the BJP, Banerjee said she was a "small worker" and wants to continue to be so. "Continuous endeavour is necessary in politics. You can't be abroad most of the time," she said, in a veiled dig at Congress leader Rahul Gandhi. "Have faith in your cadre. Three farm laws were repealed (by the Centre) and a debate was not allowed in Parliament...why? Because they are afraid and the decision to repeal was made with an eye on the coming Uttar Pradesh elections," she said. "I am not contesting UP elections".

The laws like the Unlawful Activities (Prevention) Act (UAPA) were being misused, Banerjee alleged. "The UAPA is for internal security and protection from external forces. This is not for common people. The UAPA is being misused like anything. The I-T department, CBI, ED are also being misused," she said.

Later, she met NCP chief Pawar at his bungalow `Silver Oak' for about an hour.

Speaking to reporters afterwards, Pawar said, "All those opposed to the BJP are welcome to join us. "There is no question of excluding anyone," he said when asked if an alliance without Congress was on the cards. "We discussed the prevailing situation and the need for all like-minded parties to come together and provide a strong alternative to the BJP," the NCP chief said."We have to provide a collective leadership platform and a strong alternative to BJP....There is no issue of leadership as such now. It is a secondary issue".

"One can not fight fascism alone. We have to fight unitedly. Those who fight should come together. What can (one) do if one doesn't fight," Banerjee said.

When asked if she wanted Pawar to be the chairperson of the Congress-led United Progressive Alliance (UPA), Banerjee, who was accompanied by her nephew Abhishek Banerjee, said, "Three is no UPA now."

Earlier, during the meeting with civil society members, Banerjee also mentioned "victimization" of prominent Bollywood personalities such as Shah Rukh Khan. Noted lyricist Javed Akhtar, film-maker Mahesh Bhatt, social activist Medha Patkar, actor Richa Chadha and stand-up comedian Munawar Faruqui were among those who participated in the interaction. "Unity in diversity is our origin. India loves manpower and not muscle power. We are facing a cruel, unethical and undemocratic attitude," she said.

To a question, Banerjee said the TMC will not allow the BJP to grow in the states where Congress "is not fighting". "BJP is growing in states where Congress is not fighting. You have to be on the field to defeat the BJP," she said. "I know Mahesh Bhatt is victimized, Shah Rukh (Khan) is victimized. There are many more....We have been tortured by right-wing political party BJP," Banerjee added.

On Tuesday, Banerjee had met Shiv Sena leaders Aaditya Thackeray and Sanjay Raut. She wanted to meet Maharashtra Chief Minister Uddhav Thackeray too but could not as he is recuperating after a spine surgery, Sena sources said.

The state BJP, meanwhile, said it suspected that Shiv Sena which heads the ruling coalition in Maharashtra was helping Banerjee to divert investment to her state. BJP MLA Ashish Shelar questioned why no official statement regarding the discussions between Banerjee and tourism minister Aaditya Thackeray was issued. He also raked up the TMC's opposition to Tata's Nano project in West Bengal in 2008 ahead of her scheduled meeting with industrialists in Mumbai. "Is Sena not insulting reputed industrialist like Ratan Tata?" he wondered.