Fourteen civilians were killed by security forces in firing incidents in Mon district earlier this month, triggering demands in Nagaland to withdraw AFSPA from the northeastern state. 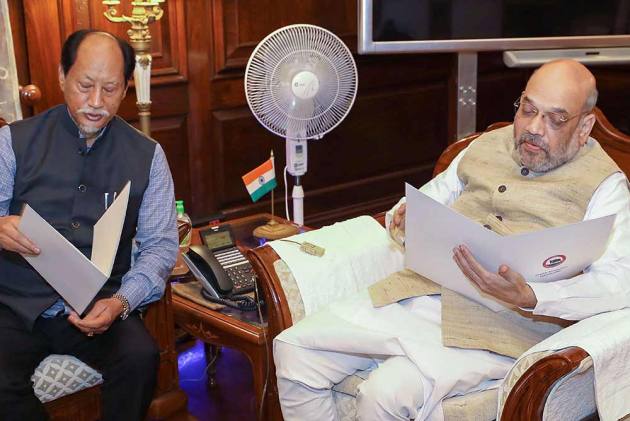 Nagaland Chief Minister Neiphiu Rio announced  that the Centre has decided to institute a five-member committee to introspect about the need for  withdrawing Armed Forces (Special Powers) Act, 1958 or AFSPA from the northeastern state.

The committee will be headed by Ministry of Home Affairs additional secretary (Northeast), and will include the chief secretary and director general of police of Nagaland, besides inspector general of Assam Rifles (North) and a representative of the Central Reserve Police Force (CRPF),

The panel will submit its recommendations within 45 days, based on which the decision on whether to continue designating Nagaland as a "disturbed area" or withdrawing AFSPA from the state will be taken, a joint statement issued by Rio, Deputy Chief Minister Y Patton and Leader of Naga Peoples' Front Legislature Party T R Zeliang here said.

The decision was taken during a meeting chaired by Union Home Minister Amit Shah in New Delhi on December 23 to discuss the present situation in Nagaland.

Besides the trio that issued the statement, the meeting was also attended by North East Democratic Alliance (NEDA) convenor and Assam Chief Minister Himanta Biswa Sarma.

"A court of inquiry will initiate disciplinary proceedings against the army unit and personnel who were involved in the Oting incident, and action will be taken against on the basis of a fair probe. The identified persons facing the investigation will be placed under suspension with immediate effect," the statement said.