Kohli kicked off a controversy last week when he asked a fan to "leave India" for preferring Australian and South African batsmen over Indian batsmen. 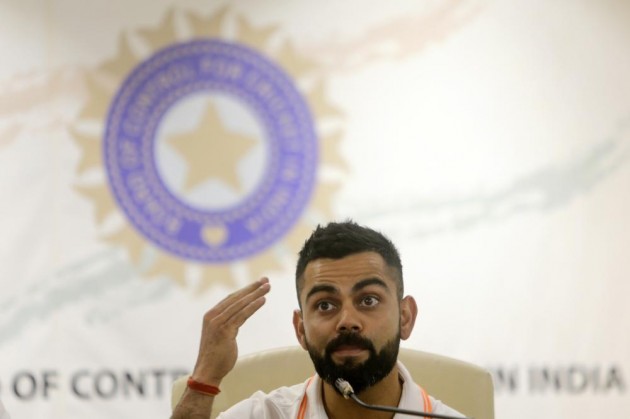 Days ahead of India's first match in Australia of the 208-19 tour, the Supreme Court-appointed Committee of Administrators (CoA) has advised captain Virat Kohli to behave and conduct himself with "humility" on the tour Down Under.

Kohli, currently the best batsman, is known for controversies. The 30-year-old kicked off a controversy last week when he asked a fan to "leave India", and it seemed, CoA has taken note of it.

According to a Mumbai Mirror report, a COA member discussed the recent episode with Virat was told that he must, at all times, behave in a manner that befits the captain of the Indian team.

Trolling Isn’t For Me Guys, All For Freedom Of Choice: Virat Kohli On 'Leave India' Remark

“He was told to be humble, in his interactions both with the press and the public,” a CoA was quoted as saying in the report.

India's tour of Australia starts with the first of three T20I matches on November 21 at Brisbane. The T20I series will be followed by a four-match Test series, then a three-match ODI series.

With India-Australia rivalry assuming acrimonious propositions, how Kohli leads the team during the tour will be closely watched.

Addressing reporters before leaving for Australia Kohli on a question regarding the verbal spat said they will not initiate it but will surely retaliate.

"We were always the ones giving it back. As long as it (sledging) does not start, we will not go out looking for anything but we will reciprocate," Kohli said

"I know from the management point of view, things are explained of what the team needs. As long as it does not start, we are okay with it. In our own minds, we have to be competitive and not let our focus drop," he added.