Cold wave in parts of Delhi as min drops to 3.2 deg C, relief likely from Wednesday

The IMD had predicted severe cold wave conditions in parts of northwest India till December 21. 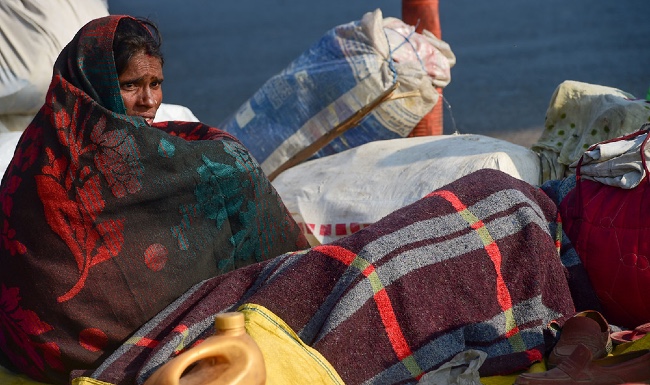 A cold wave swept parts of Delhi on Monday with the minimum temperature at the Safdarjung Observatory, considered the official marker for the capital, dropping to 3.2 degrees Celsius, five notches below normal and the lowest this season so far.

Two back-to-back western disturbances and the resultant slowing down of cold northwesterly winds from Tuesday night will push the minimum temperature up, said RK Jenmani, a senior scientist at the India Meteorological Department (IMD).

Most of the other places recorded the minimum temperature between three degrees Celsius and six degrees Celsius, and at least three notches below normal, according to the IMD data.

Jenamani said the minimum temperature is likely to rise to six to seven degrees Celsius under the influence of two "back-to-back" western disturbances between December 22 and December 25.

A bone-chilling "severe" cold wave swept parts of Haryana, Punjab, Rajasthan and Himachal Pradesh on Sunday with Churu in Rajasthan reporting the lowest minimum temperature of minus 2.6 degrees Celsius in northwest India followed by Sikar (minus 2.5 degrees Celsius) and Amritsar (minus 0.5 degree Celsius).