Community Service Must Be Made Compulsory For Students: Vice President

Highlighting the contributions of visionary spiritual leaders like legendary social reformer Sree Narayana Guru and St Chavara in various fields, the Vice President also urged other states to take a cue from Kerala in the fields of education, social justice and women's empowerment. 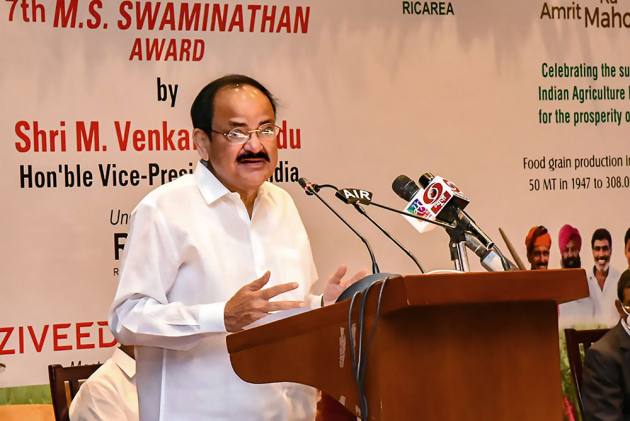 Vice President M Venkaiah Naidu on Monday said community service must be made compulsory for students studying in government as well as private schools as it would help them to develop an attitude of sharing and caring in their interaction with others.

"Today, there is a dire need to inculcate the spirit of service from a young age in the youth of this country. Once this pandemic is behind us and normalcy returns, I would suggest that government schools as well as those in the private sector must make community service of at least two to three weeks compulsory for students," the Vice President said.

He was speaking as a chief guest at a function organised at Mannanam near here to mark the 150th death anniversary of St Kuriakose Elias Chavara , a spiritual leader and social reformer from Catholic community in Kerala. The Vice President said inculcating the spirit of service in youngsters at school level would help them to develop an attitude of sharing and caring in their interaction with others.

"As a matter-of-fact, the philosophy of share-and-care is at the core of India's age-old culture and must be widely propagated. For us, the whole world is one family as encapsulated in our timeless ideal, 'Vasudhaiva Kutumbakam'. It is with this spirit that we should move forward together," Naidu said. Highlighting the contributions of visionary spiritual leaders like legendary social reformer Sree Narayana Guru and St Chavara in various fields, the Vice President also urged other states to take a cue from Kerala in the fields of education, social justice and women's empowerment.

"I would like to take this opportunity to urge other states to take a cue from Kerala in the fields of education, social justice and women's empowerment as outlined in the pioneering initiatives of Saint Chavara and Narayana Guru. Their path breaking work proves that every state can be transformed into an engine of growth and progress and that this can be achieved through the social and educational empowerment of women and youth belonging to poorer sections of society," Naidu said.

He said the benefits of development must percolate down to the last man in the most backward and impoverished segments of our socio-economic order as spelt out in the philosophy of Antyodaya articulated by the visionary thinker, activist and reformer, Pandit Deendayal Upadhyaya. Naidu said though the identity and vision of Saint Chavara were shaped and formed on the ideals of his Catholic faith, his deeds of social and educational services were not restricted to the progress and development of that community alone.

"Saint Chavara combined the spirit of the renaissance with the mission of charity and the noble Christian concept of universal brotherhood," the Vice President said and expressed happiness over the involvement of these congregations founded by him in the educational and health fields in the country.