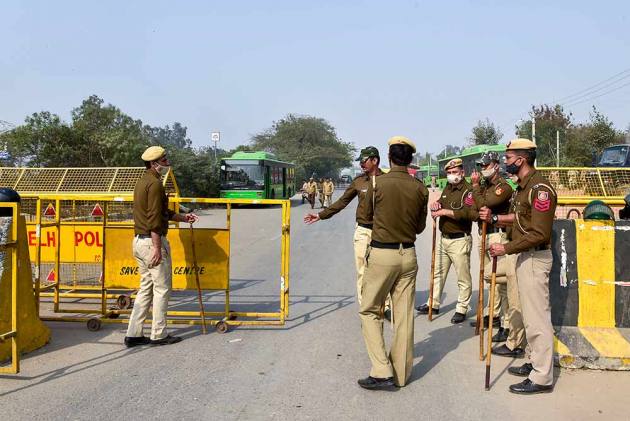 Police made the allegations in its charge sheet filed against Chandrashekhar and his wife and actor Leena Maria Paul earlier this month in a case related to allegedly duping wife of the former promoter of Ranbaxy of Rs 200 crore. The police claimed in its final report filed before Additional Sessions Judge Praveen Singh that Chandrashekhar lived inside the jail like a 'king'. It claimed that he was using mobile number to carry out extortion by impersonating himself as high ranking government functionary.

“The mobile screen of unsuspecting users will show the number of landlines of government offices and name of some higher government authorities through true-caller mobile application,” the charge sheet filed before the court said. According to the charge sheet, deputy jail superintendent D S Meena, arrested in the case, used to collect Rs 60 to 75 lakh fortnightly from co-accused Deepak and Pradeep Ramnani which was distributed among the jail officials to provide safety and facilities for Chandrashekhar to continue his extortion racket.

Of that, around Rs 50 lakh would be given to the officers above the rank of assistant superintendent (AS), and Rs 10 lakh to those below the ranks of AS, the charge sheet quoted from Meena's confessional statement to the police. It claimed that Chandrashekhar was given an entire barrack to stay where he spent long hours and opaque curtains were hung in order to prevent the CCTVs from recording his activities.

"He was living in the jail like a king. It seems all officials of Rohini jail were involved because of the facilities given to him. An entire barrack vacant of all other inmates was given to him. He had covered the CCTV cameras as well. He was freely using his mobile to run the extortion racket for a year,” police alleged. It added that Chandrashekhar was fond of living a lavish lifestyle and loved expensive luxury vehicles.

Police claimed to have seized around 20 luxury vehicles from his farmhouse. It said jail officers were also arrested for assisting Chandrashekhar in his crimes, who would send them at least Rs 1 crore a month via hawala dealers and money carriers. "There was involvement from jail officials across all levels in the crime," it added. Police further stated that an iPhone 12 Pro Max and a Samsung mobile were recovered from Chandrashekar and he was using an Israeli number. The accused are charged with cheating, criminal conspiracy and other offences punishable under IPC and under the provisions of the Maharashtra Control of Organised Crime Act (MCOCA).

The case was filed on the basis of an FIR lodged by the Delhi Police's Economic Offences Wing on Aditi Singh's complaint that a man posing as a senior official of the Law Ministry in June last year had offered to help secure bail for her husband, who was in jail at that time, in return for money. According to the EOW, Chandrashekhar and Paul, along with others used hawala routes and created shell companies to park the money earned from proceeds of crime.

Several officials, including an assistant jail superintendent and the deputy superintendent of Rohini Jail were found involved in the racket and were arrested, the police said.