Condom Ad Ban Sends Signal There Is Something Wrong With Promoting It: Poonam Muttreja

The government has blocked condom ads from TV during “adult” hours, raising demands for even a complete ban on them. 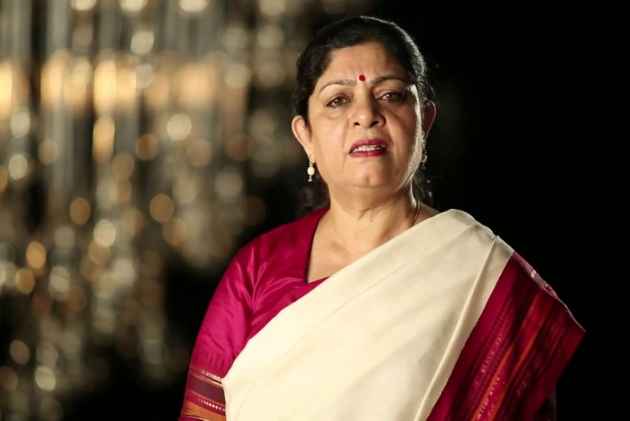 Are condoms a salient part of sex education for children and young people?
Condoms should not be seen as just a family planning tool but a means to promote safe sex, prevent HIV-AIDS and sexually transmitted diseases. It is not as if people see condom ads and go have sex. Condom promotion is a way to prevent pregnancy—to send the message that sex is not all about having it and getting pregnant.
Would this be relevant to children’s sex-education, considering abstinence is the safest mode of sex?
In India we have to accept child marriage is a reality. (A recent IndiaSpend study found India has 12 million married children under the age of ten). The younger they are at the time of marriage, the less they know. Condom ads are a great way to enter their thinking about intercourse. Then there are adolescents—we all know they exist—who are sexually active. Not letting all these young people know anything about responsible sex, if they choose to have it, is not good at all. Young people have innumerable ways of getting to know about sex, so they should know about the one way to prevent HIV-AIDS, which are condoms.
The other aspect of the restriction is that the ads will be screened beyond what is presumed to be bedtime for young people—10 PM. Do children still abide by these timings?
Who are we kidding—young people are watching TV and working on their PCs late into the night. They have, consequently, gained access to a lot of wrong information so it is very important they get to see what is right. If there was one ad which hurt sensitivities why ban all ads. They can just review and ban that particular segment. Also remember that what is shown in that ad is seen in almost every non-adult film these days. Condom ads should not be regulated just to please sensitivities—we can’t keep banning things like the Padmavati case recently.
There are concerns that children, when they see condom ads, come to incorrect conclusions about adult life—that adults are having sex a lot, for instance. Can this perception change if condom ads are regulated?
Where is the evidence for this—global evidence shows the age of first having sex is lowering. There is urgency for education and information in this area. Of course, condom ads are not the only source of information about sex, but they are part of it. Sex education, if complete, has been proven to postpone the age of first having sex but there is absolutely no evidence that condom ads promote sexual activity.
So, the restrictions are going to hurt safer sex among the young?
Exactly, and the signal you are sending with these bans is that these ads can be watched at night, or that there is something wrong with promoting condoms. When the government itself is promoting condom use as a means to deter HIV-AIDS infections, people will only end up confused.
How prevalent is condom use in India?
Of all temporary methods, condom use makes up 5.6 per cent.
Does that sound really low?
This is because one myth about condom use is that men think it reduces pleasure. This is related to the larger problem of lack of male responsibility in birth control. Condoms are a male method of contraception but a recent study showed that 40 per cent of them feel contraception is “women’s business”. Studies show that of women who end up getting sterilization 77 per cent had never experienced spacing as a means of birth control. Thus, women go through endless abortions in India. Today’s data show 15 million abortions in India in about a year. It is in this context that we have to see India’s low preference for temporary methods.
On the whole India needs to promote more rather than less condom use?
It is not only a bad decision to bar these ads but also knee-jerk. Studies find that thirteen per cent of fertility in India is unwanted, so the decision to bar ads is anti-women. Condoms are the only contraceptive with no side-effects. The sentiments of a section of people should not be allowed to invade into health concerns. There are much bigger issues India has to tackle—what about the sentiments of those people whose daughters or sisters are raped? There are so many other pressing issues.
When condom ads were first aired on Indian TV screens a couple of decades ago, that too raised many controversies. There were debates—is this discussion something we don’t need to have again?
Instead of educating people more we are going back. Global and national data is on our fingertips today, so let us not make ill-informed decisions—don’t ban condom ads. That sends a very wrong message. It simply does not serve the women of India.