Congress Can Only Make Fun of 'Development': Arun Jaitley 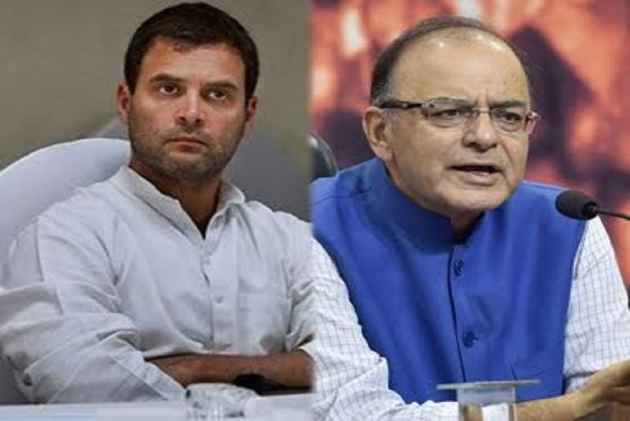 Amid continuing row over Rafael deal, Union Finance Minister Arun Jaitley said on Saturday that Congress could only make fun of the term 'development' other than that they could do nothing.

"During electioneering, Congress has changed its strategies and plans on multiple occasions. The 'anti-development' Congress has always made fun of the term 'development' and have done nothing else and this is how they (Congress) think," Jaitley said while addressing a press conference here.

While talking about poll-bound Gujarat state, he said, "Gujarat is one of the important states in the country and state's track record concerning education, infrastructure development and urban development have increased since we have come to power," he said.

Further lashing out at the Congress, Jaitley said the grand old party was dividing the society to win this election.

"Congress, which has already suffered due to anarchy, is trying its best to divide the society to win this election," he said.