The panel was constituted by the Congress party to meet people and listen to their grievances. 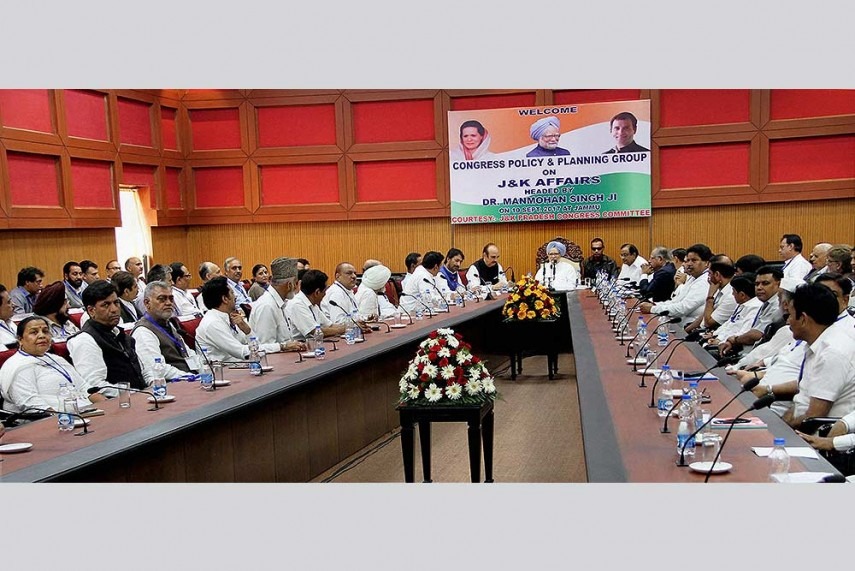 As former Prime Minister Manmohan Singh led policy planning group is visiting Kashmir leading high profile Congress delegation, the party is expecting around 50 delegations would meet the panel during its two-day stay in the Valley starting from tomorrow.

Karra told Outlook in April this year, the group was set up by the Congress party, after the killing of eight persons in government forces firing during the elections for Srinagar parliamentary constituency.  The Srinagar Lok Sabha constituency went to bye-polls on April 9 recording 7.11 percent poll participation-the lowest in the history of elections in J&K.

Karra, who in 2014 Lok Sabha elections had defeated NC president Dr. Farooq Abdullah,  in September last year resigned from Srinagar parliamentary seat in protest against killing of the civilian protesters in bullet and pellet firing of the government forces.

Karra said that the panel was constituted by the Congress party to meet people and listen to their grievances. “We are expecting 48 to 50 delegations would present their vision and views before the panel. It is an open invitation and anyone can meet them.”

“We have already issued an appeal to all sections of society. We have not issued specific appeal to anyone”, he said. He said the major political parties have shown their desire to meet the panel. However, he said, ruling People’s Democratic Party and BJP have not shown any interest in the meeting and the Congress doesn’t expect they would meet the panel.

“Kashmir is going through tough times and is facing an RSS (Rashtriya Swayamsevak Sangh) assault and the present coalition government was part of the RSS’s grand design on Kashmir”, he alleged.

He said the party had earlier booked Sher-i-Kashmir International Conference Centre (SKICC) , on the banks Dal Lake, for the panel meetings but at the last moment the government insisted that it should be shifted to Hari Niwas. “It looks something fishy. But we expect lot many people would meet the Congress panel”, Karra said.

The panel visited Jammu on September 10 when the Home Minister Rajnath Singh was in the State on four day visit.

Congress leader Sham Lal Sharma told Outlook, “the panel had cordial meetings in Jammu. We were expecting 16 delegations but 25 arrived and all were accommodated.” He said civil society groups, High Court Bar Association, Jammu; Jammu Chamber of Commerce and others put forth their views before the panel.