Speaking at a rally in Indore's Rau area, Adityanath also attacked Madhya Pradesh Congress chief Kamal Nath over a video that has gone viral and with reference to the origins of UPA chairperson Sonia Gandhi with an "Italy" jibe. 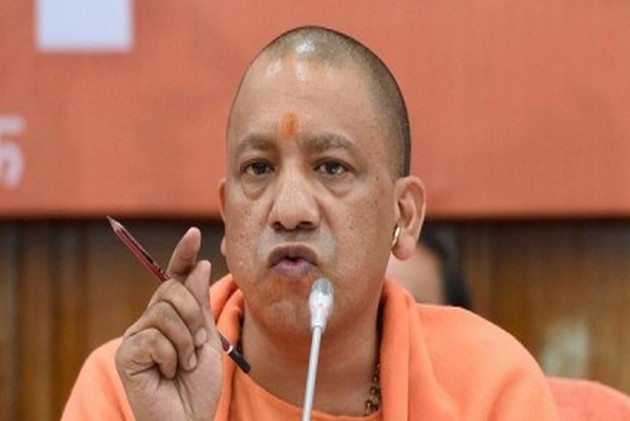 Uttar Pradesh Chief Minister Yogi Aditynath slammed Congress chief Rahul Gandhi for his comments on the Rafale deal, raising the issue of national security. Adityanath said it was hard to guess whether he was speaking in India or Pakistan.

Speaking at a rally in Indore's Rau area, Adityanath also attacked Madhya Pradesh Congress chief Kamal Nath over a video that has gone viral and made a veiled reference to the origins of UPA chairperson Sonia Gandhi with an "Italy" jibe.

"The country is setting new records on the security front and has developed its hitting capabilities, due to which we can enter the territories of enemies like China and Pakistan. This is upsetting the Congress," he told the gathering.

Attacking the Congress chief, Adityanath said, "You will be surprised at the fake outlook of the Congress. Do you know what Rahul speaks? Sometimes, we cannot guess from his body language whether he is speaking in India or Pakistan."

Gandhi has been attacking the Centre on the Rafale fighter jets deal and has claimed that the aircraft were being bought for prices much higher than what the previous Congress-led United Progressive Alliance (UPA) government had agreed to.

The Centre, however, has maintained that the Rafale deal was carried out after following proper norms.

Speaking about the video in which Nath is purportedly seen talking about the votes of the Muslim community, Adityanath said, "You can remain happy with Ali, we have Bajrangbali."

In the video, Nath is purportedly heard saying, "If the Muslim community does not record a 90-per cent voting, we will suffer a heavy blow."

The Congress has, however, dubbed the video as a conspiracy of the ruling Bharatiya Janata Party (BJP) to divide voters on communal lines.

"We (BJP) do not discriminate on the basis of the beneficiaries' caste and religion in government schemes. This is Ram Rajya, in which there should be no discrimination against any person on any basis," Adityanath said.

He alleged that the Congress had turned Hindi-speaking states like Madhya Pradesh, Bihar, Rajasthan, Uttar Pradesh, Chhattisgarh and Jharkhand into "Bimaru" ones.

"Bimaru" is an acronym for Bihar, Madhya Pradesh, Rajasthan and Uttar Pradesh and has regularly been used by economists and political pundits to signify the "bimar" (Hindi for ailing) socio-economic parameters of these states.

"During the Congress rule, there was terrorism in some of these states and Naxalism in some others. Besides, different types of mafia were also active," Adityanath alleged.

In an apparent reference to Sonia Gandhi's origins, The Uttar Pradesh chief minister, without naming anybody, said, "Some mafias were brought here from Italy by the Congress as dowry."

He also questioned the Congress's pre-poll promise of farm loan waiver, something that has been mentioned by Rahul Gandhi in his election rallies in Madhya Pradesh as well as in other poll-bound states.

"First, the Congress should waive the debts of all farmers in Punjab," Adityanath said.

Earlier, Rahul Gandhi on Friday attacked Prime Minister Narendra Modi saying that Indians have realised that there is no substance in what Modi speaks, adding the latter is mum on the issues he spoke about before the 2014 elections while
addressing a campaign rally for the November 28 Madhya Pradesh Assembly polls.

The 230-member Madhya Pradesh Assembly will go to the polls on November 28 and the results will be announced on December 11.