Experts are not convinced, but Priyanka Gandhi-Vadra hopes to see even losing women candidates win the next time. 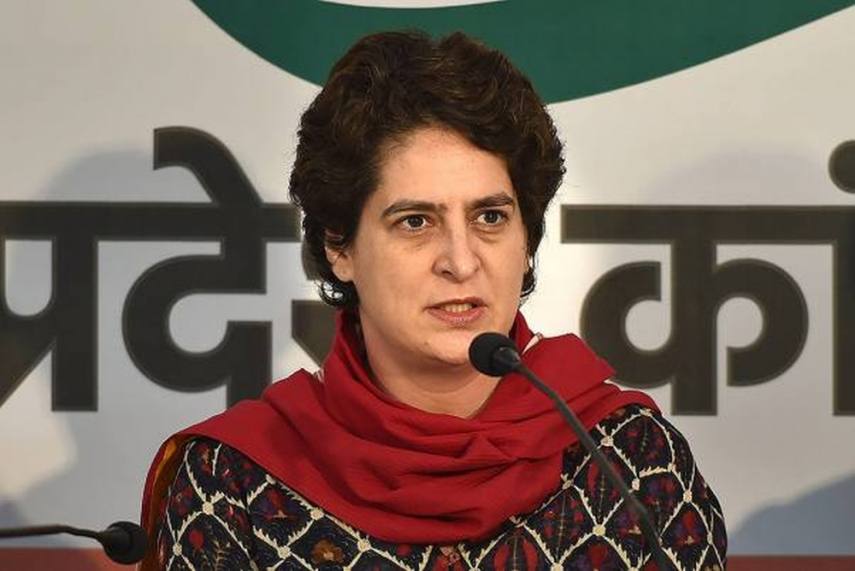 Congress leader Priyanka Gandhi's announcement that the party will field 40 per cent women candidates in Uttar Pradesh has created considerable buzz. However, experts aren't sure it is a revolutionary move.
"It appears to be a progressive announcement. But political parties look only for winnability in states where they are indeed in the fray. In states where they don't have much hopes, they take recourse to progressive symbolism," says Mohammad Sajjad, who teaches at Aligarh Muslim University.
While the Congress has announced this policy for Uttar Pradesh, where it has not been in power for three decades and has no committed vote bank, it hasn't extended the policy to Punjab or Uttarakhand, where it is a contender. In fact, announcing the move, Priyanka expressed hope that those women who would not win this time, would win the next time.
"What about political processes? Has the Congress built a cadre constituting women in large numbers at the ground level in UP? Political parties should infuse progressive measures into their political processes. Pre-poll announcements are not enough," Sajjad told Outlook.
Sociologist Vivek Kumar, a scholar of the Dalit movement in UP who teaches at JNU, asks: "Is this the all-India policy of the Congress, or is it aimed only at UP? If so, why?" Political scientist Sajjan Kumar says while progressive gender politics should be the goal, employing it "instrumentally" only in a state where the party is weak, damages progressive gender goals.
"Why not in Punjab or Uttarakhand, where the Congress has big stakes, and only in UP, where it is weak? This is an attempt on the part of Congress to stay in the news. But are these optics aimed at weaning away BJP voters, or at confusing Opposition voters? The SP is the only counter to the BJP in UP," he says. "The Congress is nowhere close."
Academic A.K. Verma, an expert on SP politics, says the Congress needs organisation and cadre in UP, which is a long-drawn process. "Tokenism never works without ground presence. Voters have moved beyond this tokenism long ago."
Significantly, this isn't the first time a party has made such a promise. Before Bengal polls, the BJP promised 33 per cent reservation to women in government jobs in the state. Close to a decade ago, the party had also announced it would reserve 33 per cent of all organisational positions for women. Recently, BJP Mahila Morcha chief Vanathi Srinivasan said the BJP was the only party to do so.
As Bihar chief minister, Nitish Kumar provided bicycles for school girls, while MP CM Shivraj Singh Chouhan said repeatedly over a decade that his government had started the Ladli Laxmi Yojana to financially help the girl child.
Amid all this, however, the Women's Reservation Bill has repeatedly been blocked in Lok Sabha. Rajya Sabha has passed it, though.