Congress Starts ‘Say No To Land Laws’ Campaign In Jammu

Congress leader Yogesh Sawhney accuses the BJP of backstabbing the people of J&K. 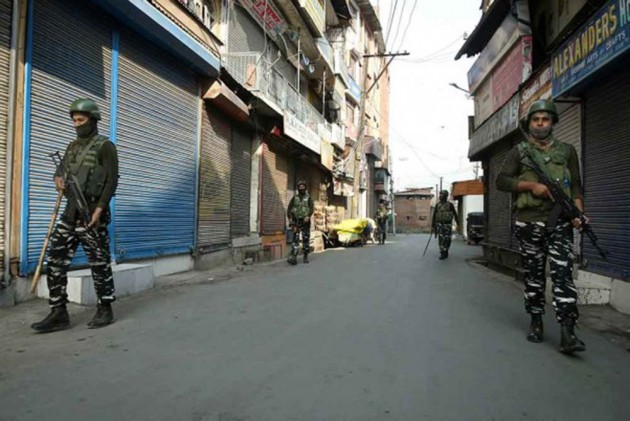 The Congress on Monday started a “say no to land laws” campaign in Jammu. The party has termed the new J&K land laws as “black laws” and has claimed that the new reforms would pave the way for outsiders to settle in Jammu and Kashmir.

Congress leader Yogesh Sawhney claimed that the BJP has backstabbed and attacked the people of J&K by revoking Article 370. Addressing a press conference in Jammu, Sawhney said when the BJP government revoked Article 370, it promised that the identity, culture, jobs and land of the locals would be safeguarded.

Sawhney alleged that the J&K BJP unit president had said on August 10, last year that the abrogation of Article 370 does not mean anyone and everyone can come and buy land in Jammu and Kashmir. “See what they are doing now. The BJP is contradicting itself,” Sawhney said while adding that all those who had promised to defend the rights of J&K will now have to answer the people.  “The new land laws will impact our culture, our jobs and our land,” Sawhney added.

Meanwhile, J&K government spokesman Rohit Kansal while addressing a press conference in Jammu claimed that the government has repealed the old, regressive, intrinsically contradictory and outdated land laws with a set of modern, progressive and people-friendly provisions.

“The new land laws will not only grant protection to over 90 per cent of the land in J&K from being alienated to outsiders but they will also help revamp the agriculture sector, bring in industrialization, aid economic growth and create jobs in J&K,” Kansal said.

Kansal, who is also the principal secretary (Information), said that the old laws served, the traditional agrarian-based economy and a modification was required to address the region’s modern economic needs.

However, many in the region believe that Kansal’s claims are preposterous and factually incorrect. While referring to Kansal’s statements, former high court judge and National Conference MP Hasnian Masoodi said that they were nothing but a “bundle of lies to hoodwink public opinion and mislead the people.”

“The government spokesman is factually incorrect and is distorting facts. He has avoided explaining the true implications of the new land laws. Now, the procedure for buying land in the region has become so easy, that land can be granted to anyone who asks,” Masoodi added.

Sawhney also attacked the BJP and claimed that the government’s claim of reforming the land laws to ease industrialisation was nothing but a charade adding that industrialists were allowed to buy land in the region even before the revocation of Article 370.

On October 27, the central government notified the Jammu and Kashmir Reorganization (Adaptation of Central Laws) Third Order. The order states that domicile or permanent residency certificates will no longer be required to purchase land in Jammu and Kashmir.

The Union home ministry also notified the Real Estate (Regulation and Development) Act, 2016, paving way for any and every Indian citizen to buy land in J&K. Previously, Article 35-A of the J&K Constitution placed restrictions on the sale of land to those who were not state subjects. Article 370 of the Constitution had granted Jammu and Kashmir, the right to maintain its own constitution.