Contrasting Resonances In The Same Evening 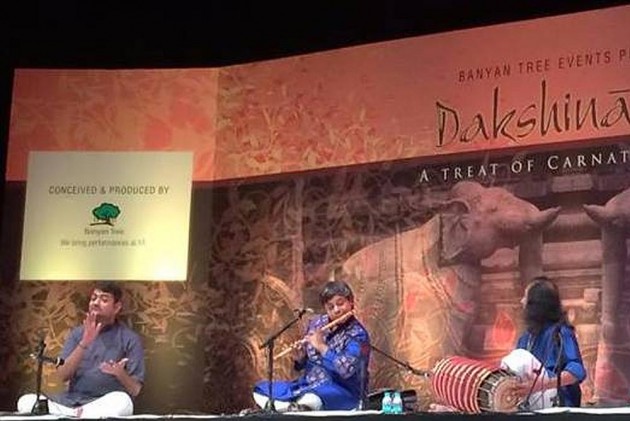 When S. Shashank said a ragam-tanam-pallavi (RTP) he was to play next has its format similar to the Hindustani Dhrupad system, the renowned flautist from down-country had perhaps already given a hint at the way he was planning to treat the item. And, yes, the centerpiece largely did have a north Indian flavour as the music wafted across the Delhi audience.

Inversely, an eminent vocalist who succeeded him on stage that evening didn’t speak anything about the four compositions she rendered subsequently. On her part, the RTP Bombay S. Jayashri took up in the middle sounded relatively more Carnatic.

It requires no hindsight analysis to sense that the difference in the spirit of the two RTPs had nothing to do with the artiste’s verbal introduction or its absence. It is just the inherent capacity of south Indian classical music to accommodate a variety of aesthetics—some of them from even beyond the boundaries of the subcontinent. 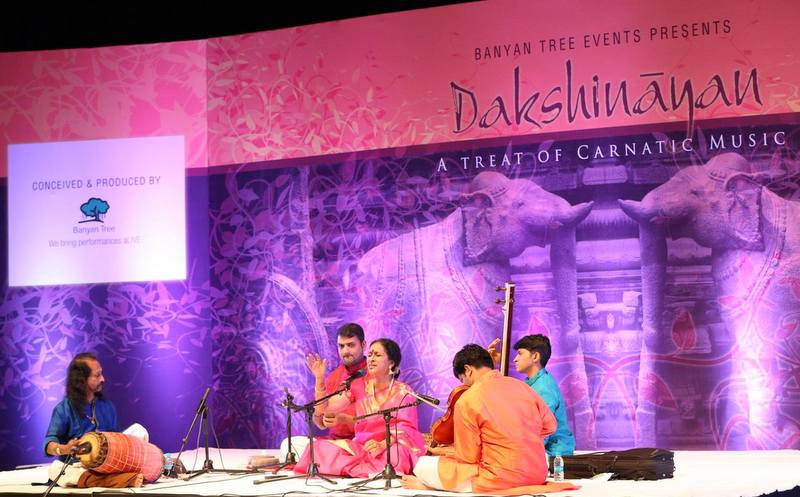 To cut the story short, Chennai-based Shashank’s recital in the national capital the other day showcased sections that cannot but take the listener to the charm of tunes one would come across in the plains upcountry, Middle East, the West and the oriental world. First, about just his RTP at the March 10 programme organised by pioneering event company Banyan Tree with focus on culture.

To define it, RTP is a three-tier structure where ‘ragam’ implies alapana (or expansion of the prescribed scales), ‘tanam’ is its rhythm-set improvisation and ‘pallavi’—from where the percussionists would join—details the melody-type through a single-line lyric that will begin at a slow pace before eventually gain speed and often variations in the gait. At times, the solpha passages—or swaraprastaram—string together an array of ragas, something Shashank did at Kamani auditorium on Friday.

Notwithstanding his immense grip over Carnatic techniques—Shashank’s family hails from the famed heritage village of Rudrapatna on the banks of the Cauvery in southern Karnataka—the 38-year-old flautist has always shown his capacity to assimilate the aesthetics of a range of music systems across the world. The Dharmavati-raga RTP he took up at Banyan’s ‘Dakshinayan’ had from the very start a meditative touch, constantly remindful of alaap in Hindustani classical. There was thrift in the employment of Dravidian gamakas, while the whole approach was unhurried—with focus on the essence of the raga than individual mastery.

The passages in the second chapter, as the instrumentalist himself earlier cited, ran more on the lines of the jor-jhala that Shashank cited as the Hindustani parallel of the tanam. Interestingly, the artiste also demonstrated a unique—apparently self-invented—where the flute simultaneously let out notes along both the lower and upper octaves. A range of ragas that came towards the end had a mix of the country’s north and south—not surprising from the master who has learned from veterans like (late) Palakkad K.V. Narayanaswamy and R.K. Srikantan from the south besides Hindustani icon Pt Jasraj. Some of Shashank’s fast movements sounded also like results of collaborative ventures he has had with musicians from across the globe.

The sprightly Mohanam composition with which he began the kacheri contrasted with the meandering Krishna nee begane baro that Shashank came up at the end—following a request from the packed audience, who were consistently cheering his accompanists as well: J. Vaidhyanathan (mridangam) and K.G. Gopalakrishan (kanjira).

Incidentally, Yamuna Kalyani was what Jayashri, too, chose to conclude as the raga for her last piece—only that the kriti was Bhavayami Gopalabalam.

Coming to the Bombay-raised vocalist’s RTP, she chose Shanmukhapriya as the raga (which, by the way, is only three slots far from Dharmavati [59th] in the Carnatic fundamental parent-scale collection called Melakarta). Jayashri’s alapanam, typically, was rich in frills typical of the south Indian genre, where she is trained primarily under celebrated violinist Lalgudi Jayaraman. The pallavi, Va guha, mukha, shanmukha, brimmed with a sweetness characteristic of Shanmukhapriya, from where Jayashri, too, strayed into half-a-dozen ragas for ornamental effect to the elaborate swaraprastaram.

Jayashri, like Shashank, has had her Hindustani lessons: she is a disciple of Mahavir Jaipurvele and septuagenarian Ajay Pohankar of Kirana gharana. This facet of her tutelage was evident from a restrained approach she keeps in Carnatic, seldom going for acrobatics with the throat muscles or complicated arithmetic. Her having taken Hindustani lessons showed its advantage, more so in the delineation of Irakam Varamal in raga Behag—more popular in northern India. Paritana michite in Bilahari was her opening number.

The percussionists of the evening were the same for Jayashri, who got wonderful violin accompaniment from young Mysore V. Srikanth. Amrit Ramnath was on the tanpura

(The videos are from an earlier performance by the artistes.)