He also banned reporters from entering the counting area despite their having valid election commission passes. 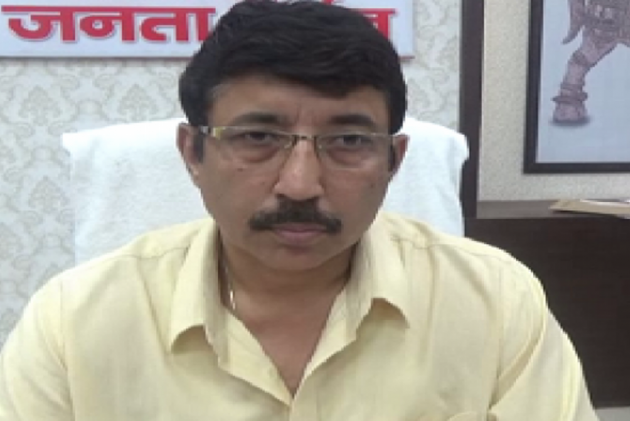 In an unprecedented move, district magistrate of Gorakhpur Rajiv Rautela on Wednesday walked into the counting centre for the Lok Sabha bypoll and stopped personnel from giving updates to the media when gap between the Samajwadi Party and the BJP candidate narrowed down.
He also banned reporters from entering the counting area despite their having valid election commission passes. The media regained access after protests and outrage by opposition leaders.
Samajwadi Party leader Naresh Uttam has alleged the district magistrate is working towards making the Bharatiya Janata Party candidate win the polls. For the first time, media was reportedly kept at a distance of 15 feet from the area and the sight was blocked by curtains.
The state assembly was also adjourned for 10 minutes following ruckus over the issue of media being kept out of counting centre in Gorakhpur.
However, this is not the first time Rautela, who is said to be close to Uttar Pradesh chief minister Yogi Aditynath, has hit the headlines.
In September 2013, Rautela, then posted as Aligarh district magistrate, made controversial remarks regarding the compensation that were handed out to martyrs families. The DM, while addressing a group of journalists said India was a “land of mourners”. He added that "5,000 Americans have been killed in Afghanistan, but their families never ask for compensation."
In August last year, Adityanath directed criminal action against the former principal of Baba Raghav Das Medical College in Gorakhpur, Rajeev Mishra, and the private agency supplying it liquid oxygen, Pushpa Sales, in connection with the death of 30 children that month. The move was taken after Rautela submitted a report, claiming Pushpa Sales Private Limited had cut off the oxygen supply. However, the company said it could produce proof that it had not.
In December, the Allahabad High Court ordered the suspension of Kanpur rural district magistrate Rakesh Kumar Singh and Rautela over an illegal mining. Singh and Rautela are accused of promoting illegal mining during their tenure as district magistrates in Rampur despite the orders of the high court.
On December 20, a day before the Uttar Pradesh Criminal Law (Composition of Offences and Abatement of Trials) (Amendment) Bill, 2017 was tabled in the state assembly — the Bill proposing abatement of certain proceedings pending before magistrates until December 31, 2015 was passed the next day — the Adityanath government ordered withdrawal of a 1995 case in which he, Shiv Pratap Shukla (now minister of state for finance at the centre), Sheetal Pandey (BJP MLA from Sahajanwa) and 10 others were booked for violating prohibitory orders.
The state government sent a letter to the district magistrate, Gorakhpur, directing that an application be filed to withdraw the case before the court. The government order stated that based on a letter received from the District Magistrate on October 27 and after scrutinising facts of the case, it had been decided to withdraw the case. The letter mentioned the names of Adityanath, Shukla, Pandey and 10 others.
According to records of the Pipiganj police station in Gorakhpur district, the case under IPC section 188 (disobedience to order duly promulgated by public servant) was filed against Adityanath and others on May 27, 1995 for holding a meeting in Pipiganj town despite prohibitory orders issued by the administration.
(With agency inputs)