It's the most explosive and combustible match in which fans have been banned from travelling to away matches since 2013 due to football-related violence that has seen 305 supporters killed in the last 50 years. 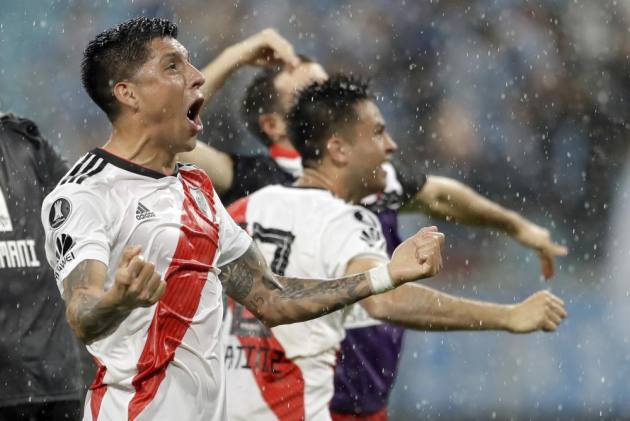 Regarded as possibly the greatest derby in world football, the Superclasico between the two Argentinian clubs – Boca Juniors and River Plate – will have their first-ever head-to-head meeting in a Copa Libertadores final.

To the uninitiated, and those who grew up following European football, this match is like Manchester United taking on City in a UEFA Champions League final, or an East Bengal-Mohun Bagan final at the AFC Champions League, but with lot more noise and huge violence, both on and off the field.

And millions of football-mad fans in Argentina are eagerly counting down to the first ever "Superclasico" Copa Libertadores final between the country's two powerhouse outfits. Beginning with Saturday's first leg at Boca's iconic Bombonera stadium fans of the two most popular teams in the country will be reaching fever pitch long before the return leg two weeks later at River's Monumental ground.

It will be a tie that's not for the faint-hearted between two teams that allegedly command the support of 70 per cent of the country's football fans.

It's the most explosive and combustible match in a nation in which fans have been banned from travelling to away matches since 2013 due to football-related violence that has seen 305 supporters killed in the last 50 years, according to the Salvemos al Futbol (Let's save football) charity.

The rivalry between the two sides, both originally from the working class La Boca district of Buenos Aires before River moved to the more upmarket Nunez neighbourhood, has been lauded as the greatest in world football by numerous newspapers and magazines.

Britain's The Observer claimed it "makes the Old Firm game" between Glasgow rivals Celtic and Rangers that has toxic sectarian undertones "look like a primary school kick-about."

Football magazine FourFourTwo, as well as British newspapers The Daily Telegraph and Daily Mirror, have recognised it as the fiercest derby -- known as a Clasico in Spanish -- rivalry on the planet.

The teams' presidents have tried to calm the waters ahead of a tie being dubbed the "Superclasico" of the century.

"We call upon supporters, fans and club members to experience this as a popular festival, we are rivals, not enemies," said River's Rodolfo D'Onofrio and Daniel Angelici of Boca in a joint statement.

However, it is hard to rein in the expectations when even the country's President Mauricio Macri, a Boca fan and the club's former chairman, has said: "I'm not going to be able to sleep over this." He even went so far as to suggest away fans be let into the stadiums to fire up an already white-hot atmosphere, but D'Onofrio wouldn't hear of it:

"I don't want to have a death on my hands." The expectation has been reflected in ticket prices as places with a face value of $90 are being sold on the internet for USD 5,000.

So far, fans seem to be approaching the tie with good humour as memes have been spreading on social media joking about the importance of the Libertadores final.

One meme involves Homer Simpson wearing a sign saying: "The end is near," while another offers advice on avoiding a heart attack, with images of people watching the game while connected to artificial respirators or holding a defibrillator at the ready. But it's not been all jovial verbal jousting ahead of the match.

In the northern rural town of Apostoles, far from Buenos Aires, a man accused his ex-brother-in-law of burning down his house following an argument about the game.

Former River defender and Argentina international Ramiro Funes Mori, currently playing for Villarreal in Spain, warned against building the tie into "a matter of life and death" before admitting that "whoever wins will have the glory."

And it will be unprecedented glory for what will go down in history as the most important Superclasico ever.

The first of these was played in 1913, with River winning 2-1, although Boca have the edge in the overall head-to-head by 88-81 with 77 matches drawn.

It's a unique rivalry fuelled by perceived class differences. Although both clubs were born of the La Boca docklands district, River, who were founded four years before their rivals in 1901, moved upmarket in 1925.

Ever since, the two clubs have carried nicknames coined by their rivals that reflect their social class, with River known as the "millionaires" and Boca the "manure-shovellers."

Regardless of this perception, both clubs count on support from all strata of society and their fans even relish the clubs' nicknames. As for the final itself, Boca are aiming to match another Buenos Aires outfit, Independiente, beaten 3-1 on aggregate by River in the quarter-finals, by lifting a joint-record seventh Libertadores trophy.

Boca overcame Brazilians Palmerias 4-2 on aggregate in the semi-finals while River survived a contentious last-four encounter with another Brazilian team, Gremio.

The Argentines progressed on away goals rule after scoring a late winner in Brazil from a penalty Gremio argued loud and hard should never have been awarded. River have won the Libertadores three times but were the last Argentine outfit to do so in 2015.