In the last two decades, more than 300,000 farmers have ended their lives. What can be done? 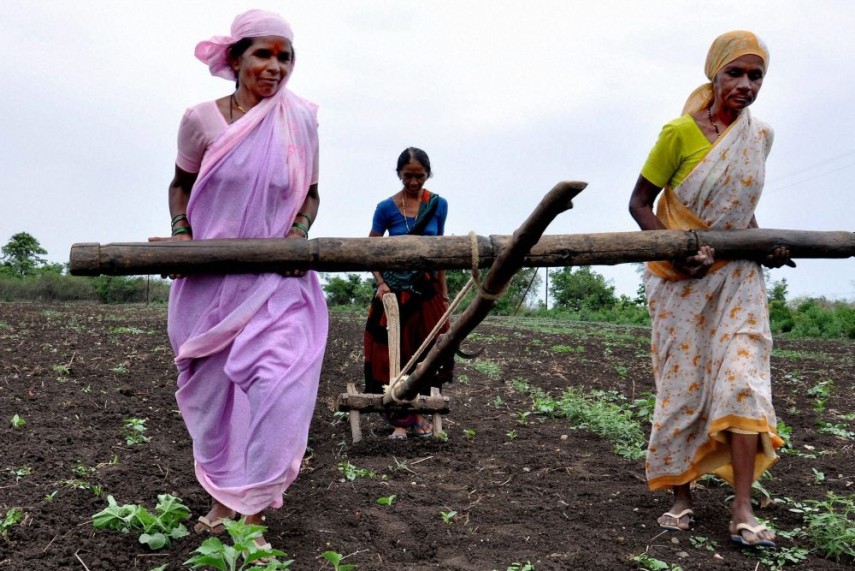 Indian agriculture is important as it feeds an estimated 1.3 billion population of the country and is also burdened with the responsibility of providing livelihoods to 60 per cent of the people — 780 million people. No foreign country can produce this mammoth quantity of food and supply to India nor any sector outside agriculture has the capacity to absorb this big workforce. But farming is in a deep crisis as indicated by the continued farmer suicides.

In the last two decades, more than 300,000 farmers have ended their lives. This suggests that the governmental nostrums, hitherto experimented, could not be effective enough in stemming the tide. Two recent moves, one from the RBI and other from the Government, in all probability are also going to be counterproductive. They amply testify to the fact that there is no learning of lessons from the past experiences and failures.

The RBI's committee on medium term path on financial inclusion under the chairmanship of Mr Deepak Mohanty, its executive director, has in its report, submitted on 28 December 2015, recommended phasing out the interest subvention scheme and plough-back of the subsidy amount into a universal crop insurance scheme for small and marginal farmers.

It may be recalled here that the government of India has been giving interest subsidy of 2 per cent on short-term crop loans of up to Rs. 300,000 and additionally allowing a 3 per cent incentive for prompt repayment of loans. The interest subsidy has increased from Rs.1,000 crore in 2006 to Rs.12,500 crore in 2016. The committee doesn't want this expenditure to continue any further.

Three reasons are given for the discontinuation: 1) the scheme is for short-term crop loans, and as a result it discriminates against long-term loans and thereby, does not incentivize long-term capital formation in agriculture, 2) subsidized credit does not always flow to the actual cultivator and 3) it increases the probability of misuse.

The Committee instead recommends operating an effective crop insurance scheme using this money to avoid the wastage. Unfortunately, the committee seems oblivious of the fact that the crop insurance cannot be a substitute for cheap credit. Also the increased cost of credit would raise the cost of cultivation further denting the farmers' income, which is below subsistence level in many cases.

The NSSO 70th round shows that the farmers operating on less than a hectare, accounting for 70 per cent of them, are earning much less than their minimum consumption expenditure. Several other surveys and studies have similarly affirmed the pathetic state of the farmers.

The Arjun Sengupta Committee puts the average monthly income of a farm family at Rs. 2,115 which includes Rs.900 from non-farm activities. Similarly, the Commission for Agricultural Costs and Prices (CACP) analysis has shown the return for many crops to be actually in the negative zone. In fact, the Socio Economic and Caste Census 2011 has confirmed that 75 per cent of all rural households make less than Rs 5,000 per month. So, making the insurance business sustainable with actuarial premium rates with the government's payout is not going to be of any help to the farmers.

A fortnight after the RBI's report was submitted the NDA government unveiled its new crop insurance scheme, Pradhan Mantri Fasal Bima Yojana (PMFBY), which is scheduled to be implemented from the Kharif crop cycle beginning this June. The scheme, though unlikely to bring in any big relief to the farmer, is undoubtedly going to increase the governments' spend multifold to make the insurance business viable. Besides the Agricultural Insurance Company of India, ten private companies have been empanelled to participate.

Prima facie PMFBY, which replaces two existing schemes NAIS and MNAIS (National Agricultural Insurance Scheme and Modified National Agricultural Insurance Scheme) is very attractive. Farmers in India will get full insurance benefit, whenever they sustain crop loss on account of natural calamities and against a uniform 'low' premium like 2 per cent in Kharif, 1.5 per cent for all Rabi crops and 5 per cent in case of annual commercial and horticultural crops.

The balance between the actual premium charged by the insurance companies and what is to be paid by the farmers will be met by the government, no matter how big the gap. It could be even 90 per cent as asserted by the government. Hitherto, the government used to limit the outgo on premium subsidy. Other novelties of the scheme are: use of technology including smart phones to capture and upload data of crop cutting to reduce the delays in claim payment to farmers and remote sensing to reduce the number of crop cutting experiments.

But the details unmistakably suggest that the so called benefit to farmers is not going to be commensurate with the cost to the exchequer. The central and state governments are going to give premium subsidy — the gap between the rate fixed by the companies and the farmers' share — in equal proportion upfront, whereas the insurance companies are allowed to fix their rates of premium taking into account their costs, risks and margins. That means the government is going to spend heavily even when there are no significant claims from the farmers.

The combined expenditure of central and state governments is expected initially to be Rs.17,500 crore per year. The state governments have already started objecting to the heavy burden placed on them. But that is another matter.

Another anomaly is that the scheme will continue to be on 'area approach basis' — village/village panchayat for major crops and the area above that level for other crops. What it means is that individual farmers suffering losses are not going to benefit, unless the entire area gets affected.

Going a bit into history, a government commissioned study in 1947-48 had come out with two alternative models — one, an individual approach in which the loss is to be assessed to the individual farmer and his holding; and two, a homogenous area approach which assesses the loss in relation to the given homogeneous agro climatic area like whole village/block/taluq.

The homogeneous area approach was preferred over the individual approach as the latter was understood to be not feasible in terms of the costs involved to manage the scheme and the 'moral hazard' —the possibility of wrong claims by individual farmers. So, disbelief of our farmers and/or incapacity to meet the costs continues even seven decades after such things were mooted.

All said, not all the farmers are going to make use of the scheme. As per the government's own claim, only 25 per cent of the cropped area of 194.40 million hectares has been covered under the insurance scheme so far and the goal now is to extend it to 50 per cent in three years. But, that is with regards to the cropped area.

In terms of numbers the scenario is still worse. Majority of the farmers are not under insurance coverage. For instance, 95.2 per cent paddy farmers did not insure their crop in 2012 and in 2013 their number increased to 96.1 per cent. Similarly, a high percentage of wheat farmers — 95.3 per cent in 2012 and 95.9 per cent in 2013 — did not insure their crops as per NSSO's 70th round survey.

The government should therefore relook at its farm policies and reframe them to cut the farmers' inputs costs, raise their revenue and thereby increase their income to make farming sustainable. Instead, the current farm policy seeks to push crop insurance business propped up by actuarial premium rates, while scheming to withdraw interest subvention benefit.