People of the state have started to believe that socialism is a red alert and there should be an end to it, the chief minister said. 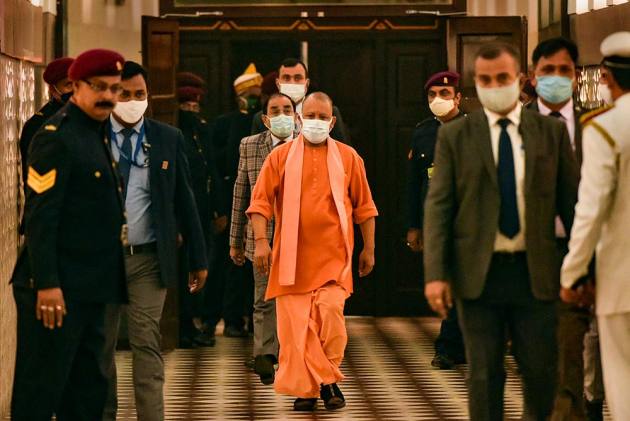 In a no-holds-barred attack on the Opposition, Uttar Pradesh Chief Minister Yogi Adityanath on Thursday said the country needs "Ram Rajya", not socialism or communism.

Speaking during the last sitting of the UP Legislative Assembly where his government presented its second supplementary budget, the CM termed socialism as the "biggest superstition". "It has many imposter brands like family socialism, mafia socialism, anarchist socialism, riot socialism and terrorist socialism," he said.

People of the state have started to believe that socialism is a red alert and there should be an end to it, the chief minister said.  "We have already said that this country neither needs communism or socialism. This country only wants Ram Rajya and Uttar Pradesh only wants Ram Rajya. Ram Rajya means the one which is everlasting, universal and eternal, not affected by circumstances," he said.

Pointing to Leader of Opposition and Samajwadi Party legislator Ram Govind Chaudhary, the CM said he was a socialist but got into the company of “pariwarvadis”. The CM claimed that Prime Minister Narendra Modi realised the dream of socialist leader Ram Manohar Lohia. Lohia had said that no power in the country will be able to remove a government, which builds toilets for the poor and keeps their stoves burning, he said, referring to works done by the Centre.

Attacking the previous Samajwadi Party government in the state, he said they had brought a wagon from England for the Safai Mahotsav. The CM said had the SP government not "criminalised" power and politics and "mortgaged" power to a dynasty and family, UP would have been the number one economy in the country. Continuing his attack on the SP, he said no government should have the freedom to play with the lives of the youth as he alleged irregularities in recruitment.

He said anarchy prevailing during the previous regime and corruption led to the migration of artisans from the state. Now through the one district, one product scheme, the traditional industry is touching new heights and the state is emerging as a new export hub, he claimed.

In his over two-hour long speech, Adityanath gave details of the achievements of his government during the coronavirus period and recited a poem of former PM Atal Bihari Vajyapee. He extended an invitation to Leader of Opposition Ram Govind Choudhary to join the BJP, to which the opposition party leader said the BJP has "mastered lies". Chaudhary said as long as he lives, he will stay with Akhilesh Yadav in the Samajwadi Party.