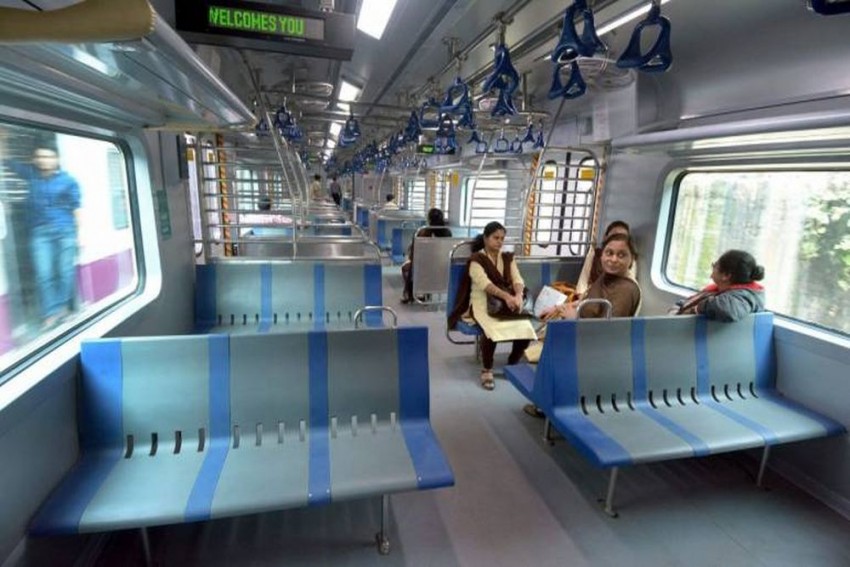 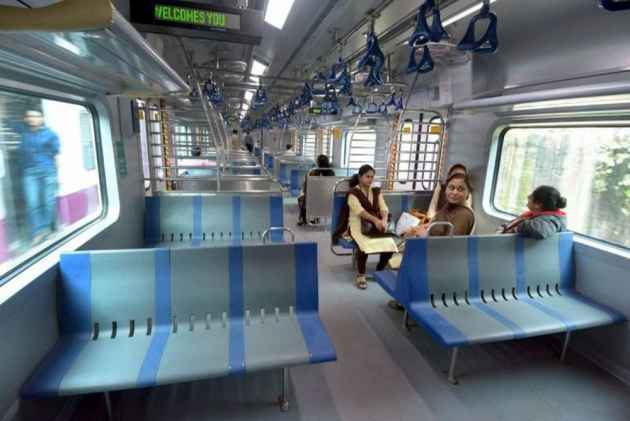 outlookindia.com
2017-12-25T17:07:37+05:30
The country's first air-conditioned (AC) suburban train commenced its services on Monday, thus realising the long-awaited dream of lakhs of commuters.
The train, operated by the Western Railway (WR), began its journey at 10.32 am from the Borivali station to Churchgate in South Mumbai.
The commuters, excited at the launch of the AC local which is expected to bring them respite during the scorching summer, captured the historic moments by clicking selfies as the train reached the Churchgate station at 11.16 am.
According to Hindustan Times, railway authorities have offered fare discounts for the first six months. Passengers can opt for any of the three passes — monthly, fortnightly and weekly. The discounted price is 1.2 times the first-class ticket fare, which will go up to 1.3 times after six months. During the discounted period, a monthly pass costs Rs 570 between Churchgate to Mumbai Central (minimum distance). The monthly pass for the entire stretch between Chruchgate and Virar costs Rs 2,040 in that period.
One of the concerns of railway officials is the automatic closing of doors. To make passengers accustomed to the facility, officials from Mahalaxmi car shed will be present in each compartment. Officials have also raised concerns on other technical errors. “The entire system will be disrupted if a technical failure occurs,’’ said a senior WR official told HT.
According to WR chief public relations officer Ravinder Bhakar, the last successful technical run of the train, running on broad gauge, was conducted yesterday.
Initially, the AC local will operate only on the Churchgate-Borivili section.
The train will make six trips daily (12 services per day) and from January 1 next year, it will run from Churchgate to Virar, Bhakar said.
"The train will not operate on Saturdays and Sundays as it requires maintenance," he said, adding that the 12 services of the AC train will replace the existing 12 non-AC services.
Mumbaikars, who took the first ride, expressed delight at the new service. "It's quite unbelievable. I can't express my feeling. I pray to the almighty that every local is made like this," Sheela Raut, a commuter, said.
(With PTI inputs)
For in-depth, objective and more importantly balanced journalism, Click here to subscribe to Outlook Magazine