On October 22, a complainant filed an FIR against Haryana CM M L Khattar under the allegation of inciting BJP members to use criminal force against the protesting farmers. 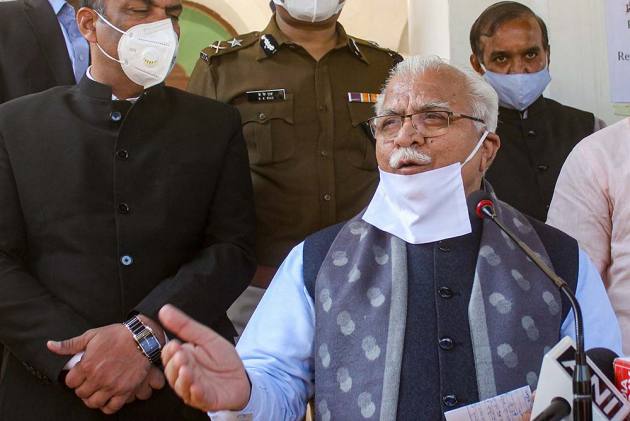 Delhi police got a directory from the Court to file a status report on a plea seeking an FIR against Haryana Chief Minister M L Khattar for allegedly inciting BJP members to use criminal force against the protesting farmers last month.

Additional Chief Metropolitan Magistrate Sachin Gupta passed the order on the plea made by the aggrieved complainant, who claimed that despite his complaint on October 22 to the senior officers of Delhi police, no action has been taken so far.

“Submissions heard. Let the status report be called from the concerned Incharge, Crime Branch (of Delhi police) for December 6,” the Judge said.
The petition, filed by advocate Amit Sahni, alleged that a video of the chief minister and BJP member was recorded during a meeting with the workers belonging to the party's 'Kisan morcha' at his residence at Chandigarh on October 3.

The petition accused that Khattar has committed offences under various sections, including 153 (giving provocation with intent to cause riot), 153-A (promoting enmity between different groups on grounds of religion, race, place of birth, residence), and 505 (statements conducing to public mischief). It claimed that in the controversial video, the CM was seen instigating party workers to use criminal force against the protesting farmers and “to create 500-600-1,000 volunteers in every district of north and west Haryana, and be ready to face sticks, imprisonment, which will make them big leaders.”

The petition urged the court to summon the Khattar and punish him in accordance to the law, and also direct the concerned police officials to conduct an investigation against him by lodging an FIR.