Harsh critics may feel that being loud, argumentative and shrill is not the best route to literary acceptance. But the Jnanpith puts paid to that, and as the man says, it is 'not a recognition, but an endorsement'. Dandapani Jayakanthan, 71, was pushing forty when he received the Sahitya Akademi award for in 1972--quite unusual, as Tamil writers are deemed eligible only after the hair turns grey. Since then he has not missed a single honour due to any Tamil writer. The one award that eluded him is now his: the Jnanpith. Jayakanthan’s oeuvre is staggering. Some forty novels, novellas, hundreds of essays, film scripts, columns. But he is predominantly known for his hundred and fifty odd stories.

This school dropout, born in Manjakuppam, Cuddalore district, in northern Tamil Nadu, began his life as a volunteer in the undivided Communist Party of India, distributing clandestine pamphlets at street corners when the party was underground. Little wonder then that despite his many volte-faces and embarrassing public statements Jayakanthan continues to be adored by most of the communists.

Jayakanthan published his first stories when he was barely in his teens in leftist journals such as Samaran and Saraswathi. Following the pioneering Pudumaippithan (1906–1948), he wrote stark and evocative portrayals of urban, lower-class life. For the first time rickshaw pullers, pressmen, prostitutes and footloose labourers were convincingly and empathetically portrayed in Tamil fiction. Who can forget the pressman of Treadle who prints marriage invitations but cannot himself marry. If his subaltern characters shocked readers, his bold depiction of their sexuality evoked stronger opposition. Realising that nothing pays more than controversy, Jayakanthan has always assiduously courted it. 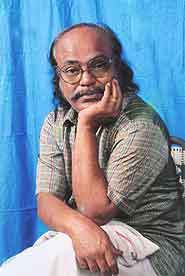 The philistine Tamil popular press sensed the ready salability in Jayakanthan’s shock strategy and for the first time began to feature serious writing. When literary writing in Tamil was getting ghettoised in the little magazines, Jayakanthan made deft use of this space and wrote with little inhibition. As the popular weekly Ananda Vikatan became the vehicle of his writings, Jayakanthan’s protagonists also changed. Leaving the subalterns behind, he dealt with urban middle-class Brahmin life and explored themes such as Oedipus complex, premarital sex and notions of privacy and individualism. Few writers—Brahmins not excepted—have captured the Brahmin dialect as well as this non-Brahmin writer.

Jayakanthan soon graduated from short stories to novels. Parisukku Po (Go to Paris!), Sila Nerangalil Sila Manithargal (Some People On Some Occasions, which won him the Sahitya Akademi award), Oru Manithan, Oru Veedu, Oru Ulagam (A Man, A Home, A World) betray similar concerns: an individual at odds with a putatively hostile society. For a generation between the late 1950s and the early 1970s not a year passed without one of Jayakanthan’s writings being in the news, seriously debated and discussed in the Tamil public sphere. It is difficult to imagine today the furore caused by the short story Agni Pravesam in which an orthodox mother, without any moralising, exonerates her seduced daughter. Jayakanthan’s women are strong and wilful even if they often speak his words rather than their own.

If Jayakanthan is a celebrity despite ceasing to write for two decades now, he has from the very beginning of his literary career been in active public life dabbling in filmmaking, politics and journalism. Unnai Pol Oruvan, a film he made based on his own novel, inaugurated in a sense the ‘art’ film in Tamil and went on to win a national award (1965). Taken along with his strong views on commercial Tamil cinema and the star cult, especially surrounding M.G. Ramachandran, Jayakanthan’s forays into filmmaking and scripting offered the only alternative cinema in Tamil. His negative views on Tamil cinema largely stemmed from his adversarial position vis-à-vis Tamil identity politics and the Dravidian movement.

Along with K. Balathandayutham, the stalwart of the CPI in Tamilnadu, Jayakanthan campaigned consistently against the DMK from the 1960s and once even took on Periyar E.V. Ramasamy who smilingly acknowledged the young man’s diatribe. Representing a stream within the Indian left movement that lays great faith in the national bourgeoisie, he was closely associated with Kamaraj, defended the Emergency, legitimised the IPKF presence in Sri Lanka , and most recently argued in favour of the Jayalalitha government’s anti-conversion law. A good orator, his public positions are frequently defined by his imagined rivals. His statement, made ahead of the Emergency—‘A Mahabharata war is now on in Indian politics. I’ve sworn that I shall not take arms in this war. But I will be the charioteer’—reveals as much about his politics as his swagger. 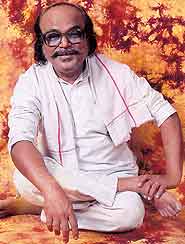 To his credit, Jayakanthan stopped writing fiction when he felt that he had ceased to be creative. He switched to writing columns, his powerful but humourless prose ideally fitting the task. Voicing politically incorrect statements has kept Jayakanthan in the limelight. After a brief visit to the US some years ago, he called it a socialist state. If he wrote the novel Jaya Jaya Sankara in the 1970s to extol the late centenarian Sankaracharya as the epitome of nobility and a fitting rebuttal to atheism, his most recent Hara Hara Sankara – in a virtually unrecognisable genre – is an unabashed apology for the present Sankaracharya.

Discarding the white kurta, for long the uniform of Tamil writers, he wore fashionable clothes and insisted on posing for pictures with his smoking pipe peeping out of his twirled moustache. In a society where writers have been seen as only supplicants, Jayakanthan—who once advocated the use of ganja for getting a natural, chemicals-free high—created a new persona for the writer.

Generations of Tamil readers and writers were indeed raised on reading Jayakanthan’s works; but the present generation may see him more as a meteor than a star in the literary firmament. Some harsher critics feel that being loud, argumentative and shrill is not the best route to literary acceptance. If talking through the characters with ubiquitous exclamation marks was not enough, Jayakanthan delivered long homilies in his prefaces. Prapanjan, the Tamil writer, reviewing his collected stories, likened them to ‘continuously listening to a public meeting from morning to evening’.

Jayakanthan has been even more ill-served by translation. Though stories abound about his success in Russian translation, translations into English (by A.A. Hakim, K. Diraviam, et al), perhaps because they predate the present boom in Indian literature in translation, have failed to leave a mark.

This Jnanpith is belated, at least by two decades. But it certainly helps erase memories of the blot created by the only other Jnanpith for Tamil (1975) for Akhilan’s mediocre Chithirappavai. The path has now been cleared for other deserving Tamil writers—Ki. Rajanarayanan, Sundara Ramaswamy, Ashokamitran. But to let Jayakanthan have the last word: the award is ‘not a recognition, but an endorsement’.

A.R. Venkatachalapathy is a historian and Tamil writer