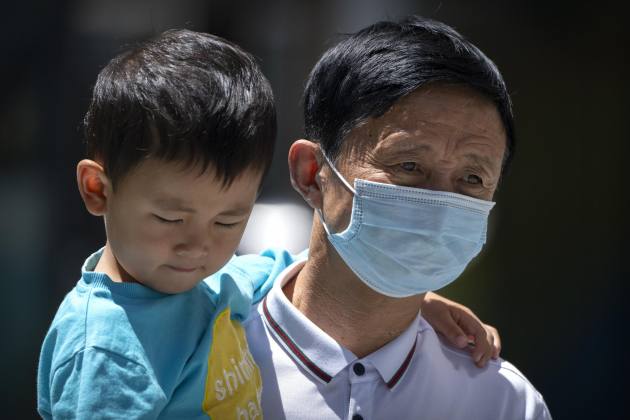 China has reported a sudden flare-up of Covid-19 cases in Zhejiang Province which registered 138 locally-transmitted confirmed cases stated to be that of Delta strain "sub-lineage AY.4", prompting officials to bar millions of people in the eastern province from travelling outside.

The whole-genome sequencing and analysis found that the cases in the three cities were caused by the Delta strain sub-lineage AY.4, which is stated to be more transmissible and carries a higher viral load than the original novel coronavirus, the report quoted an official with the Zhejiang provincial centre for disease control and prevention as saying.

Local authorities have imposed restrictions on public gatherings and travelling out of the province to prevent the virus from spreading further, it said. The province has a 64.6 million population.

On Monday in a separate report, the National Health Commission said the province has reported 74 new reported cases on Sunday alone. It is not clear whether they are new cases.

The Commission on Monday reported 80 cases in the country including 74 in Zhejiang, five in Inner Mongolia, and one in Shaanxi.

The spurt of coronavirus cases came ahead of the February 2022 Beijing Winter Olympics causing anxiety among the officials here.

China which has effectively curbed international travel has been reporting sporadic spurt of cases raising questions of its zero-case policy of coronavirus.

The total number of confirmed Covid-19 cases on the mainland had reached 99,780 in China since the virus broke out in Wuhan in 2019 till Sunday.

This included 1,381 patients still receiving treatment, of whom 27 were in severe condition.

A total of 93,763 patients had been discharged from hospitals on the mainland, and 4,636 had died as a result of the virus, it said in its Monday report.