"The sustained efforts of the Department of Health and positive cooperation from the public are chiefly responsible for the steep fall in number of new cases," 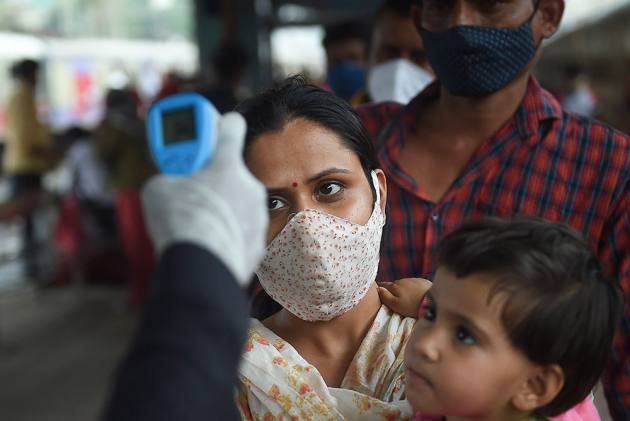 The number of fresh coronavirus cases in Puducherry dipped below 10 with eight infections being reported in the last 24 hours, the first time since the pandemic outbreak.

The overall tally rose to 1,29,093 following the detection of the eight cases, Director of the Health Department G Sriramulu said in a release here. The Puducherry region accounted for just six cases out of the new infections while Karaikal and Mahe regions had one case each. Yanam, an enclave of Puducherry in Andhra Pradesh did not report any fresh case. The eight cases were identified at the end of the examination of 1,322 samples, the Director said.

Nodal Officer of the Health Department J Ramesh told PTI that this was the first time since the outbreak of COVID-19 that Puducherry has registered new cases in single digits. "The sustained efforts of the Department of Health and positive cooperation from the public are chiefly responsible for the steep fall in number of new cases," he said.

The number of active cases stood at 250 with 53 patients undergoing treatment in hospitals while the remaining 197 were in home isolation, the Director said. No fresh fatality was reported during the last 24 hours from any of the four regions of Puducherry, Karaikal, Mahe and Yanam and the toll remained at 1,875. The Department of Health has so far tested 19.97 lakh samples and found 16.95 lakh out of them to be negative.

As many as 38 patients recovered and were discharged during the last 24 hours as the overall recoveries went up to 1,26,968, the Director said. The test positivity rate today was also less than one per cent at 0.61 per cent while the fatality and recovery rates were 1.45 per cent and 98.35 per cent respectively. The Department of Health has so far administered 12,67,967 doses which comprised 7,76,835 first doses and remaining 4,91,132 second doses.

Meanwhile, all schools reopened on Monday after a gap of more than two years to conduct classes for students of standards one to eight. Classes for students of standards IX to XII have been functioning since last few months. For schools that reopened on Monday, attendance was not compulsory. A spokesperson of the Education Department said all the safety protocols were being followed in schools.