Party sources said apart from the infection scare, the decision also took into account the recent stampede-like situation in Bareilly where the party-organised marathon, as part of its election campaign, had left three girls injured. 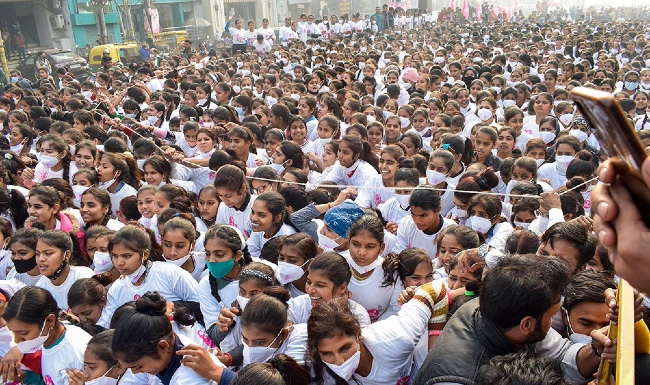 The Congress on Wednesday cancelled its four marathon races listed this week and also decided not to hold any big rallies in poll-bound Uttar Pradesh amid rising cases of the novel coronavirus infection.

Accordingly, the marathon race for girls scheduled at Azamgarh, Varanasi, Ghaziabad and Aligarh have been cancelled. Congress spokesman Lallan Kumar said on the instruction of general secretary Priyanka Gandhi, the party has cancelled its big poll rallies till the COVID-19 situation improves.

Meanwhile, Chief Minister Yogi Adityanath's rally in Noida scheduled for Thursday has also been cancelled, and no specific reason was given for the same. However, sources close to him said inclement weather can be the reason behind the move. Congress spokesman Ashok Singh told PTI that the party has decided to go for small gatherings through ‘Nukkad Natak’ and door-to-door campaigns to reach out to the public ahead of the assembly polls.

They had also emphasised that all the political parties should distribute masks and ensure Covid appropriate behaviour among people participating in their election events. In a bid to woo the voters, the Congress has announced that it would give 40 per cent of tickets to women candidates in the upcoming Uttar Pradesh polls. The party has also made ‘Shakti Vidhan’, the manifesto for women, and it contains various plans for the empowerment of women.

With the steady increase in coronavirus cases, the Uttar Pradesh government had on Tuesday extended the night curfew by two hours and closed all schools up to class 10 till Makar Sankranti on January 14.