Experts dealing with Covid-19 feel that these predictions were mere conjectures devoid of any scientific details and that’s why they were always off the mark. 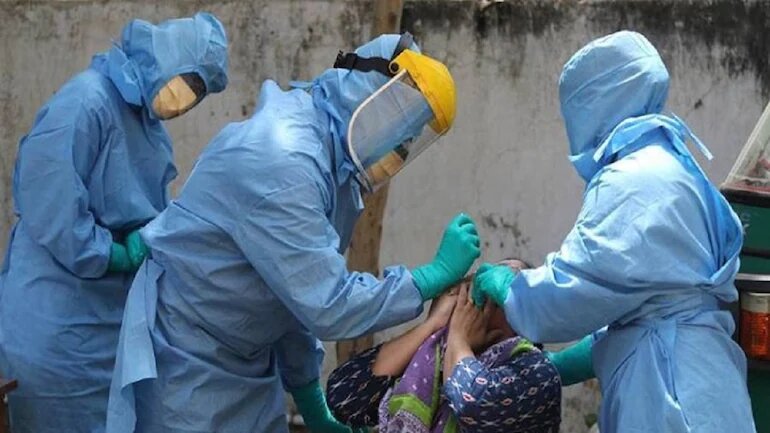 In the past six months, several top government institutions and their experts predicted a possible third wave of Covid-19 in India but these predictions have turned out to not only be wrong. They also, arguably, set off unnecessary false alarms.

Many parents are still against the reopening of schools and experts from various walks of life are of the view that the panic caused due to unscientific assumptions about the third wave have disrupted economic life and resulted in a loss of business opportunities.

For instance, Dr Rahul Bhargava, Head, Haematology Department, Fortis Hospital, Gurgaon, says that many patients who would have come for medical tourism postponed their trips after the media reported about the outbreak of a possible third wave.

“Many hospitals have suffered huge losses as foreign patients were reluctant to come once they learnt from media coverage that the third wave might hit India in near future. It has impacted other sectors badly too,” Bhargava said.

He added, “Creating awareness and causing panic are two different things. I think one needs to be very careful while making any guesswork regarding any forthcoming wave.”

Experts dealing with Covid-19 feel that these predictions were mere conjectures devoid of any scientific details and that’s why they were always off the mark.

Dr Sanjay Rai, Professor, Community Medicine at All India Institute of Medical Sciences, (AIIMS) New Delhi, says the major reason for the failure of these predictions was, to begin with, that a majority of those who made such predictions were not the domain experts. Secondly, he added, that people predicting the third wave ignored the available scientific evidence of the presence of natural immunity among people after the second wave.

To give you an idea how the idea of a third wave hitting the country gained currency, we look at five such predictions made earlier this year, which turned out to be incorrect.

Raghavan did not give any timeline but his statement at the time, when the country was reeling under the deadly second wave, led to speculations and panic.

“It was inappropriate to speculate without any data and survey. Now seroprevalence surveys are showing that the majority of children were infected and recovered in the second wave only. There is no question of any special risk to children in the third wave even if it hits anytime in future,” Gyaneshwar Chaubey, a professor of genetics at Banaras Hindu University (BHU), who has been working on Covid-19 extensively, said.

A fortnight after Raghavan’s claim, Delhi AIIMS Director Dr Randeep Guleria had also told media persons that there was no scientific evidence to show that the third wave will impact the children.

IIT Kanpur predictions on May 8 for the third wave in October: Backed by the government of India, three experts - Professor Manindra Agrawal (IIT Kanpur), M Kanitkar (Integrated Defense Staff), and Professor M Vidyasagar (IIT Hyderabad) had worked on SUTRA (Susceptible, Undetected, Tested (positive), and Removed Approach) model to track the trajectory of the COVID-19 pandemic in the country. In the beginning, they had predicted that the second wave was unlikely which proved wrong.

One of the experts, Professor Agrawal, had said on May 8, 2021, that the third wave of Covid-19 may hit the country by October. According to reports, his prediction was based on Covid-19 data and trends available at that time.

Public health experts say that disease modelling requires far greater data, a series of assumptions and greater deliberations which in any of the models in India was not done.

Dr Chandrakant Lahariya, Delhi based physician epidemiologist and an expert of public health systems, says that Indian disease modelling was of elementary level. “We really don’t know what kind of granular data was available to the people who were involved with the modelling,” Dr Lahariya said.

Delhi AIIMS’ Director’s forecast on June 19 for the third wave in August: In mid-June, this year, Delhi AIIMS Director Dr Randeep Guleria had predicted a third wave within six to eight weeks. Dr Guleria seems to have made inappropriate Covid-19 behaviour of people as the major basis of his predictions.

Since large crowds had started gathering in markets and people shunned masks after the easing out of the lockdown, Dr Guleria believed that it would help circulate the virus more among the communities and this could fuel the third wave.

However, a section of experts believes that Dr Guleria didn’t take into account the presence of natural antibodies among a large number of people in India due to the massive spread of infection during the second wave.

“When 60 per cent to 85 per cent people were naturally infected in different parts of the country and when the re-infection rate is less than 10 per cent, then how can there be a third wave as big as the second one?” Dr Ishwarprasad Gilada, an infectious diseases expert and the President of the AIDS Society of India, questioned.

He added, “In fact, mass vaccination has boosted the immunity level further. Our experts have either predicted without taking scientific evidence into account or ignored it completely.”

NIDM’s warning on August 23 for the third wave in October: The National Institute of Disaster Management (NIDM), under the Ministry of Home Affairs, had warned in August that the third wave would peak in India in the month of October.

NIDM said that it had based its opinion on a report by the news agency Reuters which had published an opinion survey of 40 experts. These experts were of the view that the third wave would hit India between July 15 and October 13, 2021.

“NIDM doesn’t do any epidemiological study nor does it have any domain experts. It relied on others’ reports and issued alerts which were not required at all,” Dr Bhargava said.

Professor Chaubey says that only a new and more contagious variant can fuel any new wave in India. “India still has more than 75% people with enough antibodies and in recent times we have not seen any successful more contagious virus variants,” he said.

NITI Aayog’s alert on August 24 for the third wave in October: In late August, Dr VK Paul, Member, NITI Aayog, who is also in charge of the Covid-19 task force formed by the central government, had warned that third wave of Covid-19 could possibly start in September-October.

Dr Paul had even predicted that India would register 4 lakh to 5 lakh active cases daily in September. He asked the government to make arrangements for 2 lakh ICU beds to meet the requirement.

"Like others’ previous predictions, Dr Paul's warning was completely speculative and didn’t have any scientific basis," Dr Bhargava said.

According to Dr Rai, “In the past, almost two years since Sars_Cov_2 has hit the world, all scientific data shows that if a person has recovered from Covid-19, he is extremely well-protected against future infections from the virus. Besides, the chances of transmission of infection to others are very low. Many of our experts undermined this evidence and relied on their conjectures and hunches.”