The CPI(M)-affiliated body also alleged that three years of the NDA government has proved that Narendra Modi is the most anti-farmer prime minister in Indian history. 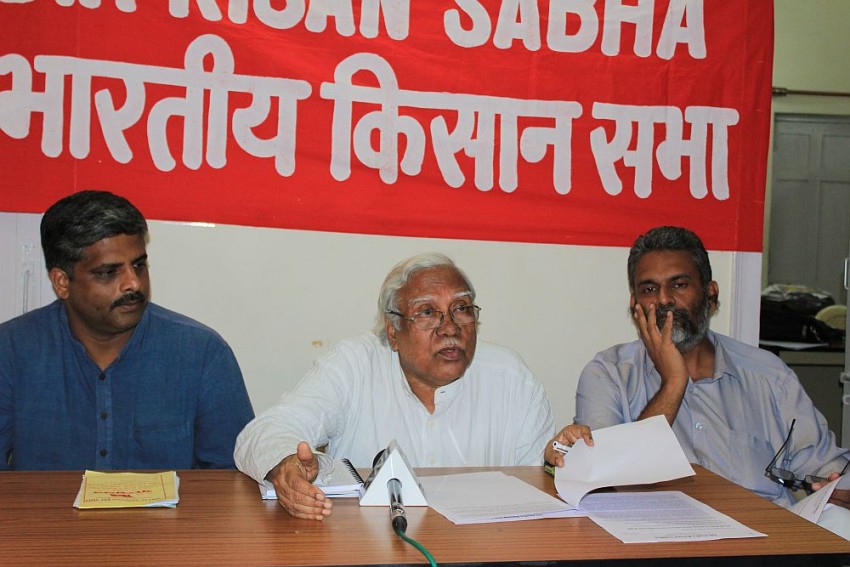 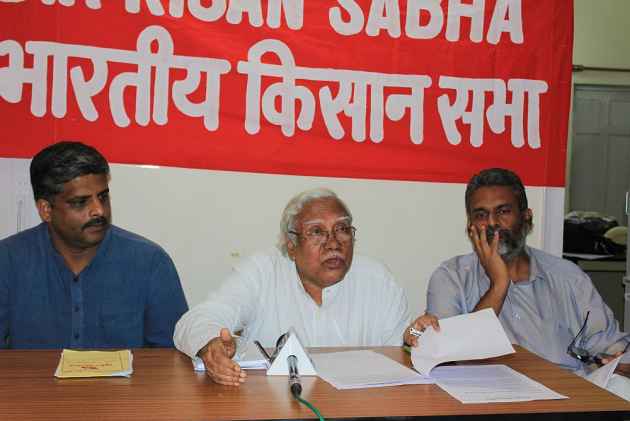 outlookindia.com
2017-06-08T11:53:42+05:30
The All India Kisan Sabha (AIKS) on Friday said the central government's decision to ban the sale of cows and buffaloes for slaughter through animal markets is the last nail on the farmers' coffin.
The CPI(M)-affiliated body also alleged that three years of the NDA government has proved that Narendra Modi is the most anti-farmer prime minister in Indian history.
"The animal husbandry provides 7.65% of the GDP and 26% of the agrarian GDP. 48.5% of the land owners who have below one hector land owns only 24% of the total cultivating land, but owns 50% of the animal wealth,"said AIKS general secretary Hannan Mollah, while addressing a press conference in New Delhi. He added that this section will be the “hardest hit out of the ban on cattle trade.”
Mollah also alleged that the move was taken to destroy petty production and enforce contract farming under corporate companies in the dairy and meat processing sector.
The AIKS will approach the Supreme Court against the Centre’s decision and mobilise dairy farmers and cattle breeders nationwide against the ban, the AIKS said in a statement.
The government first attempted to snatch farmers' land by the Land Acquisition Ordinance 2015 and now it has taken away their right over cattle too," Mollah said while assessing the three years of the government.
Modi had promised to check farmers' suicides. But, nothing has been done in this regard. In fact, the NDA-ruled states account for 61.28% of famers suicides, the body said.
It also said one of the tallest promises of the BJP in the last Lok Sabha elections was ensuring market price of 50% profit over expenditure on all crops.
“But, the prime minister has totally failed on this promise. The Centre is systematically dismantling the MGNREGA and starving it of funds. More than 2000 crore rupees of wage payments for last year have still not been paid,” the statement said.
The AIKS also alleged that the Modi government was taking agriculture on corporate path, citing the land ordinance, the FDI in agriculture and retail trade, the Model Contract Farming Act etc.
It said the flagship PM Fasal Bima Yojana is a flop and plunder of the public fund.
For in-depth, objective and more importantly balanced journalism, Click here to subscribe to Outlook Magazine