Hundreds of Muslim women were listed for “auction” on the mobile application with photographs sourced without permission and doctored. 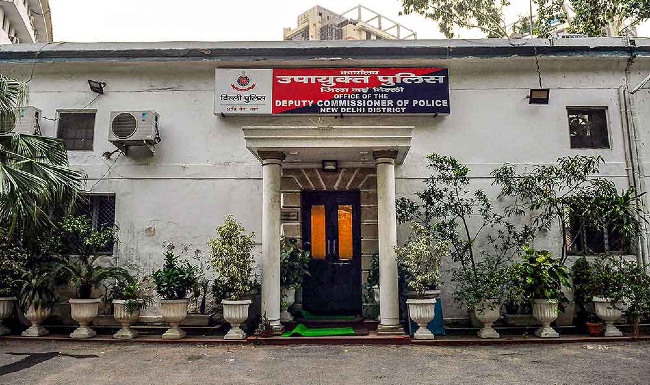 In the first arrest in the 'Sulli Deals' case, the Delhi Police has nabbed a man, who is allegedly the creator of the derogatory app which targeted Muslim women, from Indore in Madhya Pradesh, officials said on Sunday.

Accused Aumkareshwar Thakur (26), who did his BCA from IPS Academy in Indore and is a resident of Newyork City Township, was taken into custody on Saturday, days after arrests were made in connection with a similar app 'Bulli Bai'. This is the first arrest made in the Sulli Deals app case registered in July, the police said, adding Thakur has been remanded in police custody for four days by court. Thakur runs a web-developing company Upworks, had 7-8 Twitter handles and was part of a group on Twitter that has eight to twelve members, police said.

Deputy Commissioner of Police (IFSO) KPS Malhotra said during preliminary interrogation, the accused admitted that he was a member of a group on Twitter where the idea to defame and troll Muslim women was shared. "He had developed the code on GitHub. The access of GitHub was with all the members of the group. He had shared the app on his Twitter account. The photos of the Muslim women were uploaded by the group members," the officer said.

The investigation has revealed that the accused had joined the group on Twitter by the name of ''Tradmahasabha'' in January 2020 using the handle @gangescion. During various group discussions, the members had talked about trolling Muslim women, the police said. "He admitted that he had developed the code/app on GitHub. He confessed that he had created Sullideal app and the necessary digital footprints in his laptop and in cyberspace are being probed. After the uproar regarding the Sulli Deals app, he had deleted all his social media footprints," the DCP said.

The Delhi Police said that further analysis of gadgets is underway to find out the codes/images related to the app. During the interrogation of accused Niraj Bishnoi (21), believed to be the creator and alleged mastermind of the 'Bulli Bai' application, it emerged that he used to interact with various virtual identities on social media and used to engage in group discussions, the police said.

Bishnoi, who was arrested in Assam, had disclosed that he was in touch with the person behind the Twitter handle @sullideals, the alleged creator of the 'Sulli Deals' app that was hosted on GitHub in July last year. "In the month of July 2021, in one of the group in which Niraj was a groups, the other group member shared the details of the Sulli deals app. That was the first time, Niraj or other group members had heard about the Sullideals app on GitHub. The said Twitter handle was backtracked and it was learnt that after Sullideal uproar, the said Twitter handle and other footprints were erased from various social media platforms," Malhotra said.

Niraj further dwelled into the details that the Twitter handle belongs to a person who stays in Indore, police said. "Based on backtrack analysis and archive data, one Twitter handle in the name of Aumkar Thakur was identified and on January 8, a team of IFSO, Special Cell went to Indore. Aumkareshwar Thakur was found residing at Newyork city Township, Indore," the officer said, further analysis of the gadgets is underway.

Meanwhile, Thakur's father claimed on Sunday that his son was being framed in the case. Akhilesh Thakur told reporters in Indore that he does not know anything about the app concerned and after his son got the BCA degree in 2018, he started web-designing work from home. He said two Delhi Police personnel in plain clothes came to his house on Saturday afternoon and after identifying his son, they took him to the national capital by a flight in the evening. The police also seized his son's mobile phone and laptop from their house, he said.

Earlier in July, a case was registered by the Cyber Cell of the Delhi Police after it received a complaint about an unidentified group uploading photos of Muslim women on 'Sulli Deals'. After the outrage over the 'Bulli Bai' app, the Delhi Police had faced flak for not making any arrest in the Sulli Deals case. Indore's Police Commissioner Harinarayanchari Mishra said the Delhi Police have not shared any official information with it on the arrest and they will consider starting an investigation into the matter after the Delhi Police shares with them details of the case.

In the 'Bulli Bai' case, the Delhi Police on January 1 had registered an FIR in connection with an online complaint submitted by a city-based woman journalist against unknown persons for allegedly uploading her doctored picture on the portal.