India Vs Australia 2020-2021 Full Schedule: Cricket Series To Start With ODIs In Sydney From Nov. 27

Quarantine rules will mean no Tests in Perth, first Test to be pink-ball affair in Adelaide. SONY to broadcast live in India 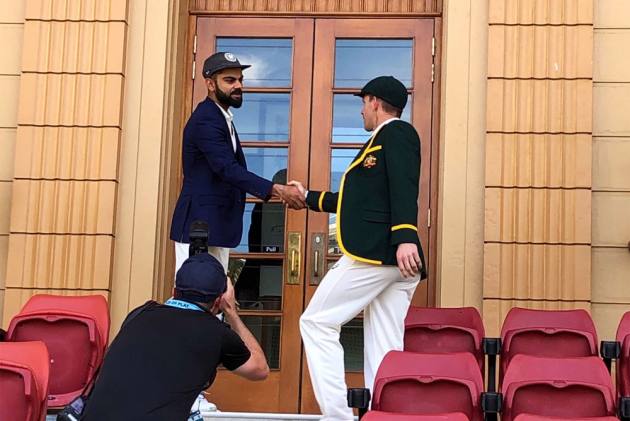 India's tour of Australia later this year will start with limited-overs matches and that will suit members of Virat Kohli's team who are currently playing the Indian Premier League in the United Arab Emirates. (More Cricket News)

According to a broad schedule worked out between the cricket boards of India and Australia, the long series consisting of three ODIs, three T20s and four Tests will be played between November 27, 2020 and January 19, 2021.

The India vs Australia series will be produced by FOX and broadcasted by SONY on its channels in India. Live streaming on SONYLiv.

The series will start with three ODIs between November 27-Dec 2. The Indian players are expected to fly directly to Sydney from Dubai after IPL final and start their 14-day quarantine. The IPL ends on November 10 in UAE.

As per schedule, yet to be ratified by BCCI and Cricket Australia, the ODIs will be followed by three T20 internationals in Canberra and Sydney between December 4-8.

A three-day warm-up is being planned to enable the players switch from limited-overs to Test cricket mode.

Adelaide will host the first Test from December 17. It will be a day-night match and will be played with pink balls. The Boxing Day Test will stay in Melbourne and will begin on December 26.

The first Test of 2021 will be in Sydney (January 7-11) and the final Test has been scheduled between January 15-19 in Brisbane.

There will be no India vs Australia matches in Perth due to strict quarantine rules.